How we all lost when Thatcher won - article by Billy Bragg 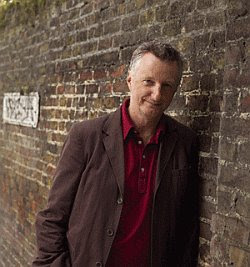 There is a bitter irony in the fact that the Bank of England chose the 25th anniversary of the beginning of the miners’ strike to fire off its weapon of last resort in an attempt to damp down the conflagration currently sweeping through global capitalism. The wry smile that passes across the lips of those who opposed the naked selfishness at the heart of the Thatcherite experiment will be mirrored by the disconcerted frowns of those who, having wholeheartedly embraced the free market, never thought that it would lead to this. Like Frankenstein’s monster, Thatcherism has turned on its creators.

Is there anybody out there willing to stand up – on this, of all days – and raise a toast to the wilful destruction of our manufacturing industry and its replacement by the financial services sector? Yes, there were unions who were resistant to change, but whoever came up with the idea that the solution to this problem was to import cars rather than make them ourselves sacrificed more than just the entire engineering skills base.

The forces that Margaret Thatcher unleashed in order to defeat the NUM destroyed whole communities before leeching into our society. Untamed by successive governments, these same forces now threaten to devour us all.

The housing bubble that has been source of so many of our recent difficulties, was kickstarted by Thatcher. Selling off council houses to their owners was a popular idea at the time, but by refusing to allow councils to build more stock, it ultimately forced up prices as demand rose. When the Tories slashed the state pension and people started looking around for a way of ensuring financial security in their old age, bricks and mortar seemed like a sound investment.

Without powerful unions to protect them, the wages of ordinary workers were held in check while the cost of housing began to spiral upwards. As it became increasingly difficult for first-time buyers to get on the property ladder, a newly deregulated banking sector began offering ever more “attractive” loans. And we all know where that led.

Would any of this have been different if Thatcher had lost that titanic struggle in 1984?

She would have still been in power for another three years, but she would not have tasted blood. A chastened Conservative party might have realised sooner, rather than later, that the ultimate price of Thatcherism would be the brutalisation of society.

This article was first published in the Guardian newspaper’s Comment is Free section, Thursday 5 March 2009.