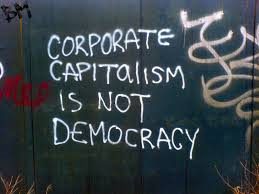 In the following reflections, former Australian communist leader Eric Aarons considers the moral and practical shortcomings of capitalist political economy and its attendant Ideology; including the Ideology underpinning 'Austrian Economics' and the thought of Friedrich Hayek.
by Eric Aarons

The pillars of a building, a narrative, a culture or theoretical edifice are those parts of the whole  that keep the other parts  in their designated places. The many books Friedrich Hayek wrote outlining his economic, social and philosophic  views , of and for humanity, eventually prevailed over other theories and became dominant.  I therefore  re-examine  its  major beliefs and assertions –  the pillars – that sustain the capitalist system he championed, and which are daily crumbling before our eyes.


The first pillar is money


Hayek asserts that: ‘Most people are still reluctant to accept the fact that it should be the disdained ‘cash nexus’ which holds the Great Society together, [and] that the great ideal of the unity of mankind should in the last resort depend on [it]’. (LLL,2, 112)’


Money is of course essential in a commodity-based society; but are its possession and use uniformly  equitable and honest?  Why could Oxfam, unchallenged, reveal that: ‘Almost half of the world’s wealth is now owned by just one percent of the population [and] the bottom half of the world’s population owns the same as the richest 85 people in the world?’ (Jan. 2014).


Moreover, compared with earlier stages of the capitalist system, honesty today is very much wanting. For examples of top-organised fraud, recall the laundering of billions of dollars of Mexican drug money by HSBC (Hong Kong and Shanghai Banking Corporation), and the Libor scandal.


Libor referred to the internationally used and trusted benchmark, the ‘ London Inter-bank Offered Rate’ set daily by experts.  On a  day when  the person in charge was an employee of Barclays Bank which was suffering survival difficulties  in the developing  Great Financial Crisis, he skewed the benchmark  rate to favour his bank over others.  Though big fines were imposed, the practice spread worldwide, and even years later new instances of benchmark  corruption keep cropping up, while  new scams are continually invented.


To believe that ‘cash’ in these circumstances can unify rather than divide humanity is among the greatest of follies, especially considering the next pillar which is rotten from the start.


In essence this means creating more and bigger capitalist organisations which, with globalisation, today embody the worldwide domination of possessors of ever larger slabs of capital,  and general wealth.


What else can this lead to but the conditions reported by Oxfam, that signify the increased concentration of wealth in the form of capital , which has reached a stage where capital is such a large proportion of the total wealth created, that governments cannot now provide, as they formerly did,  services, such as health and higher education, let alone the sums needed to ease the burdens of the disabled, or the facilities for learning, and character development,  now socially essential.


It is called austerity.


Giving to those who already have


This is a second pillar of the existing capitalist system, stated by Hayek in these words: ‘… ‘such a system gives to those who already have. But this is its merit rather than its defect, because it is this feature which makes it worth-while for everybody to direct his efforts not only towards immediate results but also to the future increase of his capacity of rendering services to others. It is the possibility of acquisition for the purpose of improving the capacity for future acquisition which engenders a continual overall process in which we do not at every moment have to start from scratch, but can begin with equipment which is the result of past efforts in order to make as large as possible the earnings from the means we control.’ (LLL vol. 2, pp.123-4)


Who is it that does the giving?  Consumers of course and waged employees. But here we are talking about economic theory which purports to show that economic processes involving markets are objective because individuals, as such, and by and large, cannot alter what the larger forces of the markets have proclaimed. This is not fully true due to monopolies and cartels – especially in these days of globalisation, where the stated aims of many multinational corporations are to make these forms of economic plunder almost routine, as illustrated in the oil and gas areas today.


Even in Hayek’s much smaller scale he had put the case just as pertinently: ‘We (capitalists) can decide whether the material reward others are prepared to pay for our services makes it worthwhile to render them.’ (The Moral element in Free Enterprise, pages 229 – 236 of Studies in Philosophy, Politics and Economics, 1966)


Who is it that does the giving? The consumer and the waged employee of course. But here we are talking about economic theory which contends and purports to show that economic processes involving markets are objective because individuals, or groups of them, cannot alter what the larger forces of the markets  have proclaimed. This is not fully true because of monopolies and cartels – especially in these days of globalisation, where the stated aims of many multinational corporations are to make these forms of economic plunder almost routine.


Even on a smaller scale Hayek, addressing capitalist organisations in 1961, put their moral case just as pertinently: ‘We (capitalists) can decide whether the material reward others are prepared to pay for our services makes it worthwhile to render them.’ (The Moral element in Free Enterprise, pages 229 – 236 of Studies in Philosophy, Politics and Economics, 1966)


Compare this with his contention that market processes are impersonal  (The Constitution of Liberty, page 45).


This is a claim without substance, and differs from every serious account of human nature that I have read. For instance, I recently reviewed a very useful and interesting book  (The Sixth Extinction, by Elizabeth Kolbert) which had a brief description of the human race:


‘The members of the species are not particularly swift or strong or fertile. They are, however, singularly resourceful. Gradually they push into regions with different climates, different predators and different prey. None of the usual constraints of habitat or geography seem to check them. They cross rivers, plateaus, mountain ranges. In coastal regions, they gather shellfish; further inland they hunt mammals. Everywhere they settle they adapt and innovate. On reaching Europe they encounter creatures very much like themselves, but stockier and probably heavier, who have been living on the continent longer. They interbreed with these creatures and then, by one means or another, kill them off.
The current system is beyond human control
In Hayek’s theory this is because capitalism is not a system formed by humans, but an entity that spontaneously formed itself. This is so singular (so idiosyncratic) a view that, unless grasped, it renders much of his early writing in The Constitution of Liberty and Law, Legislation and Liberty almost illogical. At least I found it so.


Conclusion: The pillars of the present system are crumbling; It is rickety (liable to break or fail) as Thomas Piketty so  thoroughly exposed.
It requires major restructuring .
Posted by Vaughann722 at 3:53 PM 0 comments