Socialism and the ‘Rebuilding of Capitalism’ – A response to Nigel Farndale 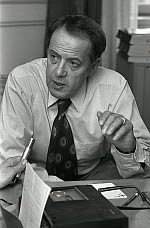 Above: Swedish Political Economist Rudolf Meidner was partly-responsible (along with Gosta Rehn) for the "Rehn-Meidner" model of the Swedish economy, and the radical attempt to institute democratic wage earner funds.
In the following article Tristan Ewins argues that capitalism must hybridise and adopt socialist aspects if it is to survive.  In criticising the position taken by writer, Nigel Farndale, he argues there is a different socialism than the Stalinism which imploded in the late 20th Century.
All readers are welcome also to join the 'Left Focus' Facebook group as well.  We regularly discuss all kinds of issues, including the issues debate here at the blog.  Notice is also given of new articles.
See: http://www.facebook.com/groups/58243419565/
Just recently Nigel Farndale has had published an interesting article in ‘The Age’ concerning the future of capitalism.  The financial crisis of 2008 and the more recent degeneration of the and European economies suggested a crisis – perhaps a collapse – not seen since the 1930s.   That being the case Farndale chooses to explore the means in which capitalism might be reformed – perhaps ‘to save it from itself’.
Addressing this question, Farndale explores a number of economic movements.  First the ‘decroissance’ or ‘decrease’ movement in France – which denies the centrality of General Domestic Product () to ‘economic success’ – pursuing ‘quality’ for all rather than mere ‘quantity’.  Hence (quoting economist, George Magnus “the need for a happiness index, or an economic and social well-being index”).   And secondly, Fardale mentions the “PARECON” movement – which promotes ‘participatory economics’ – with worker’s self-management and solidarity, and greater equality. (involving people in their status as consumers as well as workers)  These are all very interesting developments, and Farndale is to be thanked for drawing public attention towards them.
So far, so good.  But Farndale finds it necessary to pitch all this in the context of the dominant discourse.  Although otherwise sympathetic, he dismisses the concerns of the PARECON movement for equality in terms of economic power as “back to basics communism”.   And he damns communism as bringing genocide as if this were the inevitable consequence of seeking to creating of some “New [Soviet] Man”.  But the repressive Stalinist state was radically at odds with the spirit of the early Marxist movement; as well a variety of more liberal Marxist successors.
Farndale then returns to consider ideas of ‘noblesse oblige’ – as alternative to equality.   He argues that capitalism is a dynamic and evolving system; and claims basically that ‘capitalism is to thank’ for the welfare state.  He seems to agree that only capitalism – through competition and enterprise – can provide growth and recovery.   After all – what alternative is there if capitalism ‘has been [with us] through antiquity, feudalism” and so on?  And if capitalism is reducible to the existence of markets surely it is inevitable in one form or another…  Apparently, as with Churchill’s observations about democracy, capitalism is “the worst form of government [read economy], except for all the others that have been tried”….
In response to Farndale, it is important to challenge his conception of both modern capitalism and socialism.
To begin with, let’s look a capitalism. For Marx modern capitalism meant more than the existence of private ownership and markets.  Although these were surely important components, in some form or another they had been with us for centuries and centuries.  But the modern capitalism identified by Marx moved affairs to a different level.  Production for profit, and the rise and dominance of a specifically capital-owning bourgeois class came to eclipse the remains of feudalism, and the privileges of the aristocracy.   It also saw the demise of artisanship and craft labour and the marginalisation of old forms of self-employment. It saw the end of the guild system that had itself lasted centuries.  In their place capitalism brought mass production, mechanisation, deskilling, and an unprecedented commodification of labour. With access to ‘seed capital’ successful capitalists could well sustain profits even in the face of interest repayments.  This only expedited the overshadowing of the old ruling classes.
These circumstances also involved the rise of a new proletariat – and consequently an increasingly conscious working class – who had nothing to sell but their labour power.  And during this early period this was basically in return for a meagre subsistence: workers realising little of the increased productivity for themselves.  What is more – unlike in the condition of artisanship and the craft economy, the product of the worker did not belong to him, but was expropriated for sale by the capitalist. (Hence for workers there was – and still remains - a degree of unpaid labour time and effort)  This was in addition to the alienation resulting from brutally demanding and unsafe work practices, involving men, women and children on 14 hour days, with night labour, and worse.
Increasingly, however, the capitalists who expropriated surplus from these workers were seen to develop into a ‘rentier’ class: who by virtue of their wealth could delegate matters of management and live a live of pure leisure.  Of course it wasn’t all like this: there were innovators and visionaries (as there are today); and there were the small capitalists who worked as hard as anyone; who often went bust in the face of competition; and more particularly in the face of increasing monopolisation. (which meant they could not compete)  These petty-bourgeois – or intermediatory classes – found themselves in a constant struggle for survival against the monopolists; and in those days there was no ‘social safety net’.  While Marxists such as Karl Kautsky appealed to the petty bourgeoisie that socialism would provide them with security, Conservative, fascist or economically-liberal forces (a mixed bunch) tried to turn their attention against the organised working class as a threat to their survival in the capitalist context.

Labor‘s Socialist Objective in the 21st century - principles for economic democracy and equity ? 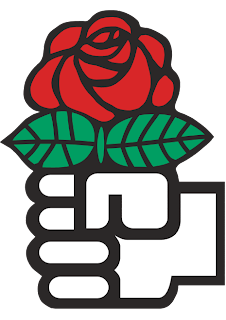 One of the 'more' curious aspects of the current debate around modernising Australian Labor is the recurring proposal to abandon the party’s socialist objective, and commit Labor wholeheartedly to a neo liberal economic model. Troy Bramston‘s Looking for the Light on the Hill: Modern Labor‘s Challenges takes up this theme also. This is 'curious' because we are presently witnessing the greatest failing of free market neo liberal economics since The Great Depression, largely stemming from a lack of regulation and governance. So, it is a strange time to be advancing a position supporting free market economics, particularly in a debate about the future of a social democratic party, when one looks at the concrete realities of the current situation.

In this debate, the reality is that the choices being presented are between the principles of economic democracy and of equity of the socialist objective or a neo liberal agenda of privatisation and deregulation that has progressive social policy grafted to it, with the aim that the latter will mitigate the effects of the former. Since the late ‘80s, there has been a shift to the right in terms of economic policy by social democratic governments internationally, and all these experiences have shown the reality that such programs have meant less equitable outcomes for Labor’s people, and led to declining electoral support.

Locally, this approach is exemplified by the recent activities of the current Queensland state government and the former NSW government. Both have driven supporters away electorally, and are unlikely to deliver equitable outcomes in the long term.

In this debate, one country’s experience is informative, Sweden, because the Swedish social democrats developed an alternative economic model that achieved economic growth and equity in the post-war period. And the Swedish social democrats understood that free market economics were incompatible with the interests of working people and social justice, so attempted to develop their own economic model, rather than rely on existing mainstream economics. Just like the first Labor activists in Australia who drafted the original socialist objective here. The Swedish social democrats goal of economic democracy centred around 2 themes-industrial democracy and collective capital formation, which it was envisaged would lead gradually to the transformation of private ownership of the means of production to social ownership.

The Swedish economic model is also interesting because nationalisation as a strategy was rejected early on, and Sweden has also never had a large public sector either.

Practically, this alternative economic model lifted Sweden out of the Great Depression earlier than other advanced economies and, in the post-war period, led to high rates of economic growth and lower rates of unemployment than comparable economies. The Swedish social democrats themselves experienced an unprecedented period of electoral success over the same period.

The end result is a country with a high standard of living, more equitable distribution of wealth and a modern dynamic developed economy. All in all, an economic program worth further examination in any debate around the socialist objective.

We need to see this debate in terms of the need for an economic model that meets both the party’s economic and social goals, and clearly free market economics has already discredited itself, as recent history shows. Sadly, one only needs to look to the US to see the shrinking middle class, the product of a sustained neo liberal economic agenda over the last few decades.

A quote from Keynes’s is probably an apt conclusion at this point-“Practical men, who believe themselves to be quite exempt from any intellectual influence, are usually slaves of some defunct economist.”
Posted by Vaughann722 at 8:42 PM 2 comments