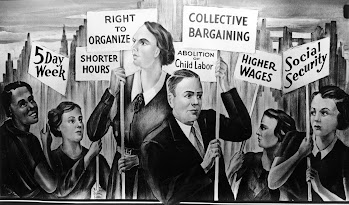 It is now approaching a decade since Andrew ‘Twiggy’ Forrest was approached by then Prime Minister, Tony Abbott, to advise on the creation of a ‘cashless welfare card’.   While Forrest intended for all income to be ‘quarantined’ for use only in approved areas (like groceries), the Indue card which has emerged in trials set a floor of 80% of income to be with-held, and available for ‘approved purposes’. Aimed largely at indigenous peoples, and the welfare-dependent more broadly, the ‘Indue’ card follows after the failed ‘Basics card’ of 2007 - which attempted something similar as part of a government ‘Intervention’ into indigenous communities in the Northern Territory.  The newer ‘Indue’ cashless welfare card applies to the welfare-dependent more generally in the communities in which it is being trialled.  All those affected find themselves in the position of being restricted in what they can spend their money on, including on food and second hand goods. While a relatively small proportion are affected by gambling addiction or alcoholism, the ‘card’ is a source of humiliation and control over the welfare-dependent more generally.   Indue, which includes Conservative Coalition party luminaries as shareholders, stands to make a packet from the humiliation and micro-management of the every-day life of already-disadvantaged Australians.

Instead of humiliating marginalised Australians government ought instead be seeking to empower them, perhaps including through the mechanism of a Guaranteed Minimum Income (GMI).  Arguments against a GMI include the suggestion it may displace some existing pensions. (some of which are less threadbare than others)  But if a ‘no disadvantage’ test were applied this need not be a problem.  ‘Mutual obligation’ provisions have always been worrisome; as in practice they became a source of effective labour conscription.  This might also increase competition for jobs at the ‘lower end’ of the labour market ; and in the process reduce the bargaining power of those workers.

A good alternative could be the establishment of a ‘Social Bill of Rights’ ; which would include rights to nutrition, adequate and dignified shelter, power, comprehensive health care, communications-related empowerment (eg: internet access), transport, education and social inclusion. A ‘Guaranteed Minimum Income’ could then be deployed alongside pensions and other programs intended to make this vision reality.

In the 18th and 19th Centuries the unemployed were driven into ‘Poor Houses’ where they were exploited, humiliated and robbed of their dignity.  There is a long history of ‘blaming the poor’ for their own disadvantage.  Centuries later some of the same assumptions remain in play beneath the surface.  Labor is arguing it will end the long Conservative experiment with the ‘cashless welfare card’.   The Coalition has so far not mustered the political courage (or political capital) to implement the program more broadly.  But as with ‘WorkChoices’ ; the old agendas continue to ‘fester’ behind the scenes.   The debate needs to be brought into the glare of public scrutiny and buried decisively.

Labor’s opposition to the Indue card is welcome.  But Labor needs a broader, stronger vision, including reform of welfare, minimum wages and labour market regulation, industrial rights, and embedded social human rights.  Its retreat on the tax debate has regrettably narrowed its options.   But a program for change could re-emerge through a determined reform of the social wage and welfare state ; which branched in various directions – including a Universal Aged Care Insurance Scheme, as well as improvement of pensions, with rescission of punitive mechanisms.  And a bold commitment to build a million new public housing units – as suggested by the Greens.  Labor really ought to be coming up with these kind of ideas on its own initiative.

There is a minimum standard of living which must apply to all citizens.  This idea of a ‘floor’ beneath which none are allowed to fall is reminiscent of the more progressive variations of the ‘Third Way’ which emerged in the 1990s.  But to mobilise as broad a base as possible, and provide distributive justice for all a more robust Social Democratic or Democratic Socialist agenda than Blairism is necessary.

It seems Social Democratic Parties have been on the defensive and on the back foot for decades. And indeed they have been.  For some the logic of retreat has been internalised.  We need to re-establish a notion of what comprises ‘progress’.  That means fairer distribution, industrial rights,  social rights, and the re-establishment of a robust mixed economy to help make this vision reality.  The Indue ‘cashless welfare card’ is the current ‘Conservative frontier’ ; where it attempts to reshape public ‘common sense’ on the further rescission of the welfare state, and the re-establishment of a ‘Poor House’ mentality ; which ‘gives the whip hand’ to employers through poverty, compulsion and labour conscription.

Labor needs to go back to ‘first principles’ and work out the consequences of that.  Which is that being a ‘broad church’, Labor needs to be united behind ‘baseline’ social democratic and democratic socialist values and agendas.  Containing inequality and ending poverty ought be non-negotiable ; as should the proposal that this must be pursued through industrial rights, labour market regulation, a mixed economy, progressive taxation system, expanded social wages and welfare state provisions, and intervention into the capitalist system. (ultimately to end exploitation ; but also to ameliorate the impact of its crises upon workers and the vulnerable in the meantime)

The cashless welfare card needs to be defeated and exposed for the punitive mentality it embodies.  But we need a progressive movement which is willing to ‘go onto the front foot as well’.  A movement which has an idea what ‘progress’ entails, and which rejects a logic of endless retreat ; ameliorated only by the ascendance of ‘social liberal’ agendas as applied to gender, sexuality, and so on.  And in the context of the marginalisation of social conservatism, and its replacement by an ideology of neo-liberal cosmopolitanism.

A ‘change of direction’ involves accepting class struggle as a progressive phenomenon ; an ‘engine of social progress’.  Only when that logic becomes entrenched does progress become undeniable. And while Hawke’s vision of “Reconciliation” appealed to many ; bosses soon became tired of ‘co-determination’ with unions once they had extracted crucial concessions.  And once organised labour lost its bargaining position.

‘Reformists’ and Revolutionaries were once agreed on the progressive nature of class struggle.  Within Labor factions and others need, also, to combine behind such a shared notion. Bringing together Labor members behind the idea of a progressive class struggle is crucial ; an idea that we are all broadly in the same fight.  Reinforced by daily experience everywhere from Party branches to unions, and from student politics to the social movements.   There is a fight for the heart and soul of the ALP, and the heart and soul of Australia. There is no place for a punitive cashless welfare card in a progressive Australia.  May solidarity in the name of renewed class struggle relegate it to history.