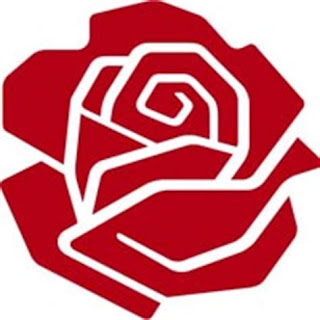 
We’re Promoting an Updated version of the ‘For an Equal and Democratic Australia’ Model Platform for the ALP. The program is updated for 2018 from a very similar version platform I promoted for the 2015 Conference.

At this point we’re still considering suggestions to expand the document – and your ideas are welcome. Contact Tristan Vaughan Ewins at Facebook if you have a suggestion you would like to make.

The ALP needs a vision for the ‘big picture’ of social welfare, democratic and nation-building reforms it needs to implement in government.

Included are proposals on tax and welfare reform, social insurance, environmental reform, a ‘democratic mixed economy’ and much, much more.

Please also propose motions in support of this program at your local branch, or your ALP student club. Or you may belong to a ‘third party organisation’ (eg: a welfare organisation, charity, student union or other advocacy group). Motions of support from these organisations are also welcome! If you successfully pass a motion in favour of this document please leave a comment to Tristan Vaughan Ewins at Facebook so I am aware of this and can promote our success in garnering support.

With enough support and wide enough distribution we may influence debate on the ALP National Platform – to be decided upon this year in 2018.

If you are a delegate we would especially be interested – pls let us know.

But we will keep on campaigning after that also: to continue to build momentum for a genuinely progressive Federal Labor Government for 2018 or 2019 and onwards.

Again: if you support the goals of this ‘minimum platform’ please respond to this paper by ‘liking’ it at our Facebook group – and that support will be noted for purposes of our campaign.

We may also see if we can promote this cause via the ‘Megaphone’ Petition Platform to mobilise further support ahead of Conference. 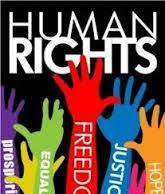 As supporters of this Program we endorse the incorporation of the following into the ALP Platform for 2018:

a) ALP Core Mission:  We believe that the ALP exists for the purpose of improving fairness, democracy and equity. We support the promotion of a robust civil society characterised by informed and active citizenship ; and civil rights and liberties (including industrial rights and liberties), as well as preservation of the natural environment upon which human survival itself depends. Also we support separation of church and state - amidst freedom of faith and worship.  We support the advancement of ‘political’, ‘social’ and ‘economic’ citizenship; That includes the defence of civil and democratic rights and liberties; the provision of social wage and welfare rights; and finally the pursuit of a ‘democratic mixed economy’.

b) A Democratic Mixed Economy:  We support a variety of strategies for a ‘democratic mixed economy’. That includes a mixture of public and co-operative ownership and control (including but not necessarily limited to public ownership of critical infrastructure and natural public monopolies, and strategic Government Business Enterprises), as well as mutualism, 'union-friendly' co-determination and other related strategies; and also crucially including ‘democratic collective capital formation. (‘collective capital formation’ was a term used by Swedish social democrats to describe their Meidner Wage Earner Funds ; but might also be applied to superannuation for instance). Specifically we support a stronger role for producers and consumers co-operatives in the Australian economy on both a large and a small scale. For instance, government co-investment may be required to help co-operative enterprise increase its scale so as to remain competitive and hence viable. We support very significant but initially-capped aid to co-operatives via cheap credit, tax concessions and free advice/economic counselling - with co-operative enterprise supported in a variety of spheres, including credit unions, insurance, child care and aged care, manufacturing; as well as co-operative small and medium businesses. (for example in hospitality)

c) Reform Tax to Extend Social Investment and Expenditure: We have as a medium term objective the goal of meeting the OECD average regarding our Tax to GDP Ratio. That means an increase in the Tax to GDP ratio by 5% ideally over as long as three terms of Labor Government. Specifically this translates to an increase of $80 billion/year in today’s terms.


d) Specific Revenue Measures: To fund these new commitments we support measures including but not necessarily limited to the following:

· Progressive expansion of the Medicare Levy

· the establishment of a progressively structured Aged Care Levy.

· Restoration of Company Tax and strong measures on Corporate Tax Evasion ; network with like-minded parties to create a global shift against the ‘race to the bottom’ on corporate tax


The total measures implemented must provide for the aforementioned increases in social expenditure, and very significantly add to rather than detract from the progressive nature of the overall tax and spending mix.


e) Specific social expenditure/infrastructure measures we support for implementation in the first term of an incoming Federal Labor Government include:

n) Public and Social Housing: We support very substantial new investment in high quality public housing (a minimum ‘surge’ of $10 billion) facilitated through tied Federal grants to the States, and also social housing where it is more cost-effective - to increase supply, and hence also affordability. (combined with the necessary public investment in local infrastructure in emerging suburbs) That includes expansion of ( largely ‘non-clustered’) public housing stock to at least 10% of total stock over perhaps three terms of Labor Government. Where appropriate we support a mix of low, medium and high density stock. Further: High density housing development in capital CBDs, and amongst strategic activity/transport hubs - should not be left ‘only to the private sector’ ; and public developments could include more generous provision of space, and high quality amenities such as common rooms, gyms, pools, parks and gardens. Planning laws should also be rigorous to ensure a viable spread of amenities and services where-ever housing developments occur.

o) Internal Reform:  We support internal democratic reform of the ALP; including a direct role for union members in supporting particular policies and platform items; as well as direct election for ALP National Conference delegates; actual adherence to State and National Platforms; and a ‘mixed model’ for election of the Party Leader which may include rank and file, Parliamentary Labor and trade union components. We also support the establishment of a ‘progressive public sphere’ in this country, including (for our part) ALP related forums, and policy and ideas conferences and publications which are inclusive, authentic, progressive, and which accommodate difficult debates.


p) Strategic industry policy: We support an active industry policy aimed at the maintenance of ‘strategic industries’ with ‘strategic capacities’ in Australia; including through automotive production and shipping-construction. This means a public investment rather than a public subsidy or handout.  And it could create the basis for a more-independent foreign policy as well. Said industries can also involve high wage, high skill labour. And there are a variety of potential models, including joint multi-stakeholder co-operative-state ventures – involving workers, regions and government. This ought also be supported by attempts to emulate Denmark's success in related Education and Training.


q) Multilateral Disarmament and Peace: At the same time we support a policy of realistic multilateral disarmament with the aim of freeing resources for purposes which meaningfully improve peoples’ material; quality of life


r) On Health Care we support the following:

· provision of comprehensive Medicare Dental – with a wide array of dental services provided at minimal cost and promptly for pensioners and low income groups; The main aim here must be to radically slash waiting lists which currently can be in the vicinity of two years unless in the case of a ‘dental emergency!’ This means that vulnerable people are denied help until things reach ‘the critical point’. With new funding and resources public dental waiting periods must be no more than six months.

· Improve the rate of Bulk Billing

· Tighten means tests for ‘Lifetime Health Cover’ in order to pay for the removal of penalties for low income individuals (including pensioners) who let their policies lapse; Over the longer term we aim to improve the quality of public health to such an extent as to significantly reduce demand for private health insurance. During the interim we also support the growth of Health Insurance Mutual Associations as alternatives to Private Health Insurance.

· Also extend Medicare to cover physio, optometry (including glasses or contact lenses), speech therapy, podiatry, psychology; provision of hearing aids where necessary; and also cosmetic surgery for those in extreme need (for instance as a consequence of physical injury)

· Improvement of and substantial new investment in mental health services to ‘close the gap’ regarding the life expectancy of those with mental illness; as well as to improve productivity and quality of life.  (for example there are in the vicinity of 200,000 to 300,000 Australians with Schizophrenia who on average live 25 years less than the general population)


s) ‘Physical and virtual commons’ ; ‘Public Space for Public Use’ ; We believe that ‘physical and virtual commons’ are necessary to provide support for a strong, participatory and democratic civil society’ ; In part this means decoupling public space from any strict and/or exclusive relation to consumption. Local communities must have centrally-located meeting and gathering spaces – and this requires a significant public investment, and associated regulations. In part this can also be supported with dedicated space in local business districts – including in shopping malls. Such developments should be dependent upon the provision of ‘community kiosks’ which would provide comprehensive information on how to become active in community organisations and clubs, social movements, political parties and so on. But excluding the far-right. Once-off public meetings and gatherings could also be promoted via these ‘community kiosks’ ; and citizens could ‘sign up’ for mail outs and/or emails regarding ‘what is going on’ in communities on a month-to-month basis.

t) A Comprehensive Bill of Modern Human Rights: Finally: We support a comprehensive ‘Bill of Rights’ in this country, supporting liberal and civil rights of suffrage, speech, assembly, association, faith, conscience. As well we support ‘social rights’ including education and health, a guaranteed minimum income; housing; access to communications and information technology; access to transport; access to fulfilling employment with a remission of exploitation; social inclusion including opportunity for recreation and participatory citizenship; respect and human dignity.