Transformers - more than meets the eye? 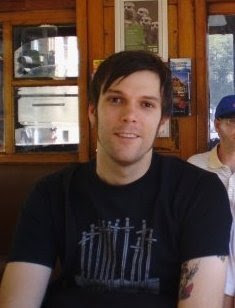 nb: what follows is a post by Justin George - a supporter a 'Left Focus', Znet contributor, and Participatory Economics advocate... The contribution is a critique of the recent 'Transformers' movie...

For those familiar with the movie “Transformers: Revenge of the Fallen” - Optimus Prime and the military appear to be allies in arms. That means they’re the good guys right? In reality, though, there’s more than meets the eye behind the new movie blockbuster: such that we might as well throw those assumptions out the window.

Along with racist stereotyping and sexism, the new Transformers film's glorification and sanitization of the military is disturbing. This appears all the more so when the film is set to be one of the biggest earners of all time, earning half a billion dollars in its opening week, marketed to children and young adults through a range of merchandising to ensure maximum profits for the corporate studios.

One of the sequel's many flaws is the overt display of military power, specifically military power. I would hazard a guess that a good portion of the film's budget was supplemented by the military in exchange for the free commercial the film provides it.

Deals like this are common in Hollywood- the filmmakers get to film military hardware which would otherwise be expensive to hire privately or unavailable (or create it over 18 months or more via computer graphics) in exchange for military advisers input/approval of the script (to ensure it doesn't look bad) and (much like Hasbro) glossy looking shots that sell the 'toys' and 'adventure' of the military to a worldwide audience of millions.

As a recent Variety fluff piece states, "A film like "Transformers" gets much of the access, expertise and equipment for a fraction of what it would cost to arrange through private sources, with the production on the hook only for those expenses the government encounters as a direct consequence of supporting the film (such as transporting all that megabucks equipment to the set from the nearest military base)."

In the film the hardware is given numerous 'hero' shots, scored with rousing music as the military comes to the aid of the titular heroes. Throughout the second half of the movie it was hard to discern if the footage was military commercial stock or had actually been filmed by the director. The pervasiveness of the military is on display- aircraft carriers and submarines patrol the oceans, surveillance and communication aircraft relay orders, satellites peer into happenings across the globe. The military's own destructive 'robot' the Predator drone is also one display, along with tanks, guns, massive hovercrafts and other displays of might.

It is ironic that for entertainment we watch the military rushing into the (in the film its ) to stop an unreasoning evil from unleashing a weapon of mass destruction, while the horrible reality is largely absent from our screens and newspapers. Perhaps the film is an allegory on behalf of the writers but it's unlikely.

Another sad mockery in the film is that the secret military facility of the Transformers, alien refugees, in the film is located on Diego Garcia. This little island’s citizens were removed by the British in the 1960s, at the request of the , so it could establish a military base on the tropical island. The Chagosians live like refugees in squalid conditions in Mauritius where they were dumped 40+ years ago, fighting to return to their homes on the archipelago.

The military base at Diego Garcia is reportedly used for flights as part of CIA kidnappings, the extraordinary renditions, of the 'War on Terror' - where people are taken from their home countries and flown to a range of bases before being sent off for torture in another country or to the hell of Guantanamo Bay. Author and Journalist John Pilger has covered the continued injustice suffered by the Chagos islanders-

The base is also used to support the wars on Iraq and Afghanistan where millions have suffered from violence or due to the destruction of essential facilities. Diego Garcia is just one of the many bases that form a network of military installations the has covered the globe with-

But like much of mainstream media, whether its news or entertainment, the and its allies- fiction and non fiction alike- are presented as a force for good.

Films like Transformers reinforce such narratives, using the military both in the story and behind the scenes to create such an image. What it does is hide the ugly truth of foreign policy: of what the real machines, those powerful war machines, actually do. The military's true function is to inflict violence. When it comes to the military and there indeed is more than meets the eye.