John Passant on the Revolutionary Party 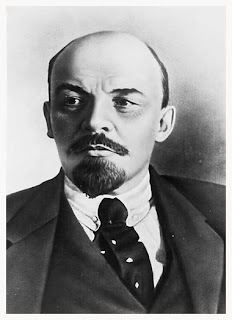 above: In the tradition of Lenin, John Passant believes in the necessity of a revolutionary party...

nb: immediately below this is another contribution of Lev's on the subject of "revolutionary reformism'. Below that is another essay by Wes Bishop. Wes considers the question of reform or revolution from a liberal perspective. Both contributions are well worth the read.

One of Lenin's great contributions to humanity was to reclaim Marx's insight that the working class could not simply lay hold of the ready-made apparatus of the state machinery and wield it for its own purposes. It had to smash the capitalist state.

This was not through some top down revolution, but by revolution from below.

History supports me. Workers in struggle could and often do create their own democratic organs of rule that replace the dictatorship of capital over labour. Iran in 1979 was one example.

These two ideas were reflected in a third historic task - to build a revolutionary organisation to help achieve the goal of the working class in power, ruling through their own democratic institutions. As Marx said in the Communist Manifesto:

We have seen above, that the first step in the revolution by the working class is to raise the proletariat to the position of ruling class to win the battle of democracy.

The proletariat will use its political supremacy to wrest, by degree, all capital from the bourgeoisie, to centralise all instruments of production in the hands of the State, i.e., of the proletariat organised as the ruling class; and to increase the total productive forces as rapidly as possible.

Lenin's ideas about a revolutionary party are relevant today. They have been the subject of incessant bourgeois derision, most of it historically incorrect. We have already published on this site a review by Mick Armstrong of Lars T Lih's book 'Lenin rediscovered: What is to be done in context. It's called Lenin, democracy and the way forward for the left.

In short this review encapsulates Lih's argument that 'What is to be done' is actually a reflection of the ideas of revolution from below (not conspiratorial approaches), that the workign class is capable of much more than trade unionism, and that the party it builds is the political expression of the 'vanguard' but that that vanguard can win the battle of ideas to become the political majority in the working class.

The battle is not linear but ongoing, and has ups and downs, in the main depending on the swings and roundabouts of the class struggle.

And of course the party is not separate from the class but part of it and learns from the class as it finds its voice over time, ie as the class becomes not only a class of itself but for itself.

The relationship of party and class is always complex but as Trotsky put it (or words to this effect), in a revolutionary situation the class is the steam that drives the pistons of the party.

The point is to build a party over the years of struggle that can succeed in that task.

That means years of slow recruitment and steady building based on ideas, with the inevitable upsurges in struggle momentarily destroying the facade of capitalist order and rule and providing further opportunities to influence and grow as history shows the value and worth in practice of revolutionary socialist ideas.

As Hal Draper has written in his magnificent book The Two Souls of Socialism:

What unites the many different forms of Socialism-from-Above is the conception that socialism (or a reasonable facsimile thereof) must be handed down to the grateful masses in one form or another, by a ruling elite which is not subject to their control in fact. The heart of Socialism-from-Below is its view that socialism can be realized only through the self-emancipation of activized masses in motion, reaching out for freedom with their own hands, mobilized "from below" in a struggle to take charge of their own destiny, as actors (not merely subjects) on the stage of history. "The emancipation of the working classes must be conquered by the working classes themselves": this is the first sentence in the Rules written for the First International by Marx, and this is the First Principle of his lifework.

Draper went on to say:

It was Marx who finally fettered the two ideas of Socialism and Democracy together because he developed a theory which made the synthesis possible for the first time. The heart of the theory is this proposition: that there is a social majority which has the interest and motivation to change the system, and that the aim of socialism can be the education and mobilization of this mass-majority. This is the exploited class, the working class, from which comes the eventual motive-force of revolution. Hence a socialism-from-below is possible, on the basis of a theory which sees the revolutionary potentialities in the broad masses, even if they seem backward at a given time and place. Capital, after all, is nothing but the demonstration of the economic basis of this proposition.

It is only some such theory of working-class socialism which makes possible the fusion of revolutionary socialism and revolutionary democracy. We are not arguing at this point our conviction that this faith is justified, but only insisting on the alternative: all socialists or would-be reformers who repudiate it must go over to some Socialism-from-Above, whether of the reformist, utopian, bureaucratic, Stalinist, Maoist or Castroite variety. And they do.

It is this conception of socialism from below that drives people like those of us associated with Socialist Alternative to build a revolutionary party, to win the battle to meld democracy and production for need.

There is no revolutionary party in Australia, let alone committed to socialism from below. Socialist Alternative is not a party but a small organisation.

At the moment it is in the battle of ideas that such an organisation can work and build for the future. The organisation will also involve itself in any actions which arise but in the main cannot initiate them or influence them given our small size.

All the time the goal remains socialism from below.

This means rejecting laborism as a false way forward for the working class.

Given the history of a hundred years of sellouts of Labor this is not that hard to do (except when discussing matters with the more dogmatic members of the various socialism from above groups.)

We need to be clear - the idea that capitalism can be reformed through Parliament into socialism is essentially a different political goal to the revolutionary one of liberation from below.

In the present epoch this socialism from above approach becomes reforms from above. This is at best the amelioration of the wage- capital relationship, not its overthrow. It presupposes and accepts the supremacy of the wage slave system, not its abolition.

At worst the Labor Party is a cover for pro-boss 'reforms' to better allow the exploitation of the working class.

The history of reformism in Australia supports this conclusion. The Labor Party, born of the defeats of strike action in the 1890s, substitutes a vote every three years for action to defend class interests.

In my view it is impossible to clean out the Aegean stables of capitalism by becoming its agent in its Parliament.

To take a living example, the Iranian revolution against the Ahmadinejad dictatorship appears to be pausing precisely because there is no revolutionary organisation with real influence in the Iranian working class able to put forward and lead the class conscious workers there in an appropriate direction with the aim of overthrowing the capitalist system and its Islamist overlay.

To end exploitation, to end oppression, the working class must first win the battle of democracy. It can only do that through its own organisation.

In the here and now reformism actually provides a cover for parliamentary cretinism to attack workers.

It disarms the working class and others who want to fight against Labor's attacks with a song that essentially promises workers pie in the sky when they vote.

As Labor's support for the Afghan war, the racist state of Israel, the Northern Territory intervention, cutting wages, the Australian Building and Construction Commission through its Workchoices Lite all show , reformism is, like religion, the opiate of the masses, the sigh of the oppressed.

Imagine if the thousands of members of Labor's left were to join with those campaigning on the streets and in the workplaces for real social change.

Instead of endless fights against the right and useless motions at Branch Conference, these thousands could join with us and others to mobilise tens or even hundreds of thousands in a real struggle against the reactionary ALP and create the conditions for strike action to defend working class interests and perhaps lead to the refounding of a militant section in the trade unions.

It will not happen because reformism's historic role is to destroy the possibility of any movement from below.

It fears the power of the working class as much as the reactionaries and will join with them in repressing workers when the struggle is really joined.