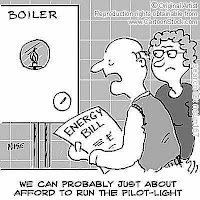 As we lurch deeper into economic crisis, the unemployed face a potential backlash as they are particularly vulnerable to the ravages of poverty. Pensioners, aged and disabled are also unfairly disadvantaged and there is an urgent need for reform “across the board”. In the run-up to the next federal budget, the poor and the vulnerable - and those with the decency to stand alongside them - need to mobilise for change.

This paper considers the plight of the most economically vulnerable of our community; and demands change now in the name of kindness and justice.

Aged pensioners are already - and justifiably - mobilising for a “living income”. The Council On The Ageing (COTA) in New South Wales, has called for single aged pension payments of 35 per cent of Male Average Total Weekly Earnings (MATWE).

Theoretically, this is to be linked to a new “Cost of Living in Retirement” benchmarkwhich would translate to $750.60 a fortnight for singles, and $1125.90 a fortnight for couples. For singles, this would amount to $19,515 a year for those living purely on the pension.

Alternatively, the Combined Pensioners and Superannuants Assocation (CPSA), has made the case for a more tightly targeted regime of assistance “to be paid to around 1.5 million pensioners with little or no additional income”.

Charmaine Crowe, speaking on behalf of the organisation, has indicated that these figures refer to “age, disability support pensioners and carers”. Ms Crowe, elaborating further, argued for an extra $80 per week for those single pensioners now on $280 a week. Such a move, providing a modest income to some of the most vulnerable pensioners, according to the CPSA, would cost $3.2 billion.

These proposals must be taken seriously, and should feature prominently in public debate, so that the vulnerable may be delivered from grinding poverty.

The CPSA has defined “low income” as $19,399 a year for singles: enough for a “modest” standard of living. Furthermore, the CPSA has noted that pensioners cannot earn over about $18,200 under the current means test regime; well short of the “modest living” standard of $19,399.

In light of the hardship suffered by so many, the call for justice, and for governments with better priorities, must go out now.

Compassion and justice for the unemployed

The plight of so many pensioners, aged and carers, must be addressed as a matter of great urgency. And yet the plight of the unemployed is also of critical importance: their financial straits being all the more dire. According to the Brotherhood of St Laurence, Newstart (Australia’s unemployment pension) is $50 less than the Aged Pension every week.

There is a deeply-ingrained sentiment among some sections of the Australian community that the unemployed are “undeserving poor”. Populist rhetoric about “dole-bludging” abounds. Importantly, though, some commentators predict unemployment will rise by an additional 300,000 by mid-2010. As this human tragedy unfolds - now more than ever - we need to counter popular disdain for the unemployed. How can appalling myths and contempt for these people stand in the face of such widespread human misery?

Our response to the crisis ought to be one of social solidarity: a repudiation of the selfish core of the neo-liberal ideology.

The pressing need for reform arises with the backdrop of increases in the cost-of-living, and the moral imperative of providing dignity and quality of life for all.

Reform of pensions - the need for a clear formula

The Greens - in negotiations with Labor - until recently looked to have secured an increase of only $30 a week for single aged pensioners.

These proposals did not come anywhere near the modest standard proposed by the CPSA. Furthermore, they seem to be considered in isolation from other vulnerable pension groups.

The Federal Government’s “Pension Review”, meanwhile, looks set to suggest an increase of $35 a week for single aged pensioners. Recently Treasurer Wayne Swan seemed likely to accept this option, reportedly confirming to The Age that there will be an increase for pensioners.

When pressed, though, Mr Swan's office said that the government had not formally committed to its response to the pension review, and that no firm figure had been “set in stone” yet for any pension groups.

But even supposing there is an increase of $35 a week for pensions “across the board”, there remains the need for a formula that builds upon and extends the previous standard of 25 per cent of Male Total Average Weekly Earnings (MATWE). Without a new formula, immediate changes in pension rates cannot deliver security and certainty for pensioners of all kinds over the long term.

Australian Greens Senator, Rachel Siewert, has made a point of condemning current rates for the unemployed. For singles, the unemployment allowance, Newstart, is only $224.65 a week; for singles with children, it is $243 a week.

Considered on a fortnightly basis, the single unemployed person’s pension is $449.30: more than $100 a fortnight less than the appallingly inadequate single pension for the aged, carers and the disabled.

Some welfare groups, meanwhile, have been reticent in arguing for more ambitious agendas. This February, the Australian Council of Social Services (ACOSS) called on the government to increase the Newstart Allowance (the dole) by $30 a week - to $255.

Among these competing claims for reform, the key to fairness ought to be discerned through ongoing enquiry into the material needs of all pensioners: such as to provide - among other things - for the following:

Such standards must be considered essential for all pensioners and allowance recipients: the aged, unemployed, disabled and carers.

Pensioners should not be forced to choose only the worst quality cuts of meat; to use candles instead of electricity; to risk pneumonia because they cannot afford adequate heating; to be lost as to what to do - in the instance of a broken washing machine or fridge. Such austerity simply is not right.

And much more generous provisions should be made for students also: many whom struggle to apply themselves to their studies while working part-time; barely making ends meet. Surely students should be financially secure so as to be free to apply themselves properly to their studies. Not only is it in the interests of individual students: there is also a social benefit from - and investment in - their education.

If support is provided by the Greens, Nick Xenophon, and Family First, one possible response to the impending crisis could be a formulaic increase in the full single rate of all pensions - perhaps to 30 per cent of Male Average Total Weekly Earnings (MATWE). This would amount to $674.52 a fortnight. (an increase of just over $100 on top of the current singles rate of $562.10 a fortnight for aged pensioners). The full single pension rate, in such an instance, would be about $17,537 a year.

While such reform would still not meet the modest standard proposed by COTA and CPSA, the benefit for Newstart pensioners would be especially marked - in comparison with their current circumstances.

Here the point needs to be made - emphatically - that government should aim to eliminate unnecessary poverty and hardship. We need an honest and comprehensive enquiry as to how this may be achieved. The modest standards promoted by the CPSA, here, might comprise the desired outcome.

It is to be hoped that inclusive and comprehensive benchmarks will have been set by the government’s pension review: but there is the danger that standards will be understated for the benefit of the budget bottom line.

Perhaps the most vulnerable pensioners of all ought to be provided with the kind of tightly-targeted cash payments proposed by Charmaine Crowe of the CPSA. Here, we refer to those who are dependant upon their pensions, and without other sources of income.

Importantly in this equation, we must take into account reasonable activity tests on the part of the unemployed. And we should also consider the enormous amounts which are saved every year by the selfless efforts of carers.

These elements considered, what just argument can be made against granting these people a modest yet adequate living income? Just as critically though: the Greens, Family First and progressive voices from within the Labor government need to mobilise behind - and promote - such reform.

No one should be excluded from the struggle, or from the reform agendas of those politicians guided by compassion and justice. All those concerned should co-operate in the spirit of solidarity. “Let no one be left behind.”