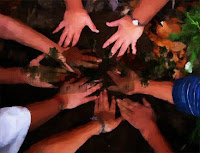 Imagining ‘The Good Society’     (first in a two part series)

What makes a “Good Society”? Should such a thing be measured in purely material terms? What of free time; of family and friends; of room to develop ourselves as human beings? How best to pursue such aims as human liberty, social justice, democracy, as well as compassion and provision for the needs of the poor and vulnerable?

How to negotiate conflict between the liberal right of individuals to invest their wealth as they choose, and the imperative to alleviate or eliminate the exploitation of labour?

And how best to balance conflicting modes of social organisation: to allow for spontaneity, as well as instances of planning, and the proper functioning of markets where appropriate?

This paper examines the question of a “mixed democratic economy”; of getting the right mix of planning, public and democratic ownership, and market forces.

Using urban planning as a starting point, it is possible to develop arguments surrounding neo-liberalism, the mixed economy and centralised command economics.

A good city mixes diversity, spontaneity and the play of market forces, as well as strategic planning to provide for a truly “livable” urban environment. Too much planning renders a city “sterile”, uniform and predictable. And with not enough planning (including social justice measures) cities become unworkable and unlivable.

It is too common for sprawling urban metropolises to span out of control before transport networks and regional urban “hubs” become interconnected in a workable and orderly fashion. Suburbs become disconnected from the inner-city and from each other: sprawl outpaces the development of infrastructure, services and markets. And affluent suburbs rest upon “underworlds” of poverty, deprivation and exploitation.

At times there is a need for stability and predictability. And it is only with intervention and planning that cities might become truly “livable” for all. Such intervention might, for instance, include:

The need to mix public and community space with commercial space is crucial. Modern consumer culture eclipses and suffocates public life: limiting it to consumption, and not providing for an active civil society and public sphere.

Upon this urban environment, though, a market economy can thrive in a state of constant evolution and responsiveness to the “flux” of consumer demand. A dynamic of innovation, diversity and change can be provided by markets - and contribute to the “livability” of cities, and the diverse needs of communities.

This same logic, on the whole, holds true also for nation-states - as well as for cities.

There is a critical role for markets and the dynamics they provide: but stability and social justice can only be secured with the simultaneous and planned provision of social and economic infrastructure, labour market regulation, and welfare.

Competitive markets spur innovation, and can provide the logic and impetus for improving efficiency and productivity.

On the other hand - competitive labour markets - without the counter-balance of strong unions, labour market regulation and industry-wide bargaining - can lead to a “race to the bottom” in wages and conditions.

Under capitalism, also, consumption and growth become ends in themselves.

Whereas it can be preferable to enjoy and make use of free time, many businesses prefer longer hours. A social order more concerned with “quality of life” and “human need” could well accommodate shorter working hours, promoting greater flexibility and allowing for personal development, as well as social and family life.

And such an order might also provide support and recognition for the “domestic economy” and the contributions of volunteers - whose efforts go unrecognised by the “market”.

“Corrections” to overproduction see the pain of these falling on investors and labour. Perhaps, in part, this is the price we pay for the benefits of competition: especially responsive and innovative markets.

The cost for “competition” in communications infrastructure is a radical increase in the cost structures of the industry.

Recent plans by the Rudd Labor Government also threaten the creation of a “part-private” monopoly in Australia’s proposed fibre-optic network. At first glance, the scenario may seem to be one of “Catch 22”: consumers might be fleeced by private monopoly, or they may be “slugged” as a consequence of radically expanded cost structures in the provision of infrastructure.

The answer, though: one which neo-liberal ideologues refuse to face; is that there remain areas of activity best suited - for all concerned - to “natural public monopoly”.

In a market economy, provision of services does not necessarily relate directly to the complex tapestry of human need. An example of this, for instance, is medical services - where providers, including medical practitioners and pharmaceutical companies, can have the motivation to over-prescribe services.

Further examples include the withdrawal or under-provision of banking and telecommunications infrastructure and services in rural and regional Australia following sweeping privatisation. Added to this is discrimination against the poor by private banks - with excessive fees.

When the maximisation of share value informs investment, goods and services are provided on this basis - and the needs of citizens and minorities are lost in the drive for profit.

Also, without local content laws for television “market forces” would leave Australia as a cultural wasteland. Indeed, there are strong arguments for further state intervention to support Australia drama, music, theatre, films, art and other forms of cultural expression: to ensure that Australian cultural identity is not eclipsed.

And sometimes abuse of markets can give rise to corruption, exploitation of consumers, and nepotism.

“Public Private Partnerships”, where social infrastructure such as roads, public buildings, schools, are provided by and held by the private sector long-term, can result in the fleecing of citizens in their capacity as consumers and taxpayers.

So while there are sometimes significant benefits to competitive markets, there are strong arguments for co-operative enterprise as well.

Co-operation, including strategic and public monopoly can provide economies of scale and pooled research and development. Competitive and collaborative efforts could imaginably give rise to landmark developments in such crucial areas as pharmaceutical and medical research.

And without the profit motive (i.e. instead spurred only by public interest) there is no rationale for “built in obsolescence”, “staggered development” and “phased” release of technology in order to maximise sales.

Finally: strategic but strong state intervention could give rise to revolutionary economic developments that otherwise could be stymied as a consequence of vested interest.

Surely state intervention could herald in a state of “critical mass” in the development and provision of renewable energy. “Clean coal” is mainly hypothetical and unproven, but powerful vested interests in the energy industry demand preference regardless of science or cost.

As the world confronts the spectre of “peak oil”, for example, who is going to provide and maintain the new infrastructure and new car models as drivers look increasingly to electric and hybrid vehicles?

Deep, structural changes will require “transitional” arrangements and public subsidies to maintain transport infrastructure such as petrol stations as a competitive market simply ceases to be profitable.

The “market” does not always supply a “spontaneous” and “organic” solution to every economic challenge. Such scenarios can warrant more direct public intervention.

A “mixed democratic economy” might provide the right mix between planning and market forces, placing human need ahead of the imperative of share value maximisation.

The “democratic” component, here, ought not to be under played either. Citizens and workers should have due influence over their own productive lives, and over the economic imperatives of the nation.

Strategies for economic democracy and justice could include:

Importantly, the opportunity of citizens to invest their savings is a genuine liberal right. Regardless, though: even pension funds might technically be in a position of expropriating surplus value from workers.

Exploitation as understood by Marx, thus, is in some ways a “Gordian knot” which cannot be severed - or eliminated entirely.

On the other hand, progressive taxation, redistribution of wealth, economic democracy and collective capital mobilisation, maintenance of a strong and strategic public sector - including a progressive welfare state and social wage - could well displace the traditional bourgeoisie in its position as “ruling class”: perceived and real.

In its place it is to be hoped that ordinary citizens (including pensioners, the unemployed, students - i.e.: not just workers) will organise so as to “win the battle of democracy” and secure sweeping economic, political and social change. The right economic and democratic mix is essential for us all: and is an essential part both of imagining - and achieving - “The Good Society”.