Fighting the recession - The rights of the needy 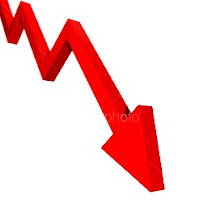 This February, Kevin Rudd’s Labor Government passed a formidable stimulus package through the nation’s parliament amounting to $42 billion. Included was money for social housing, school infrastructure, and home insulation. Without going into detail, this stimulus provides a good start in minimising the global recession’s domestic impact for Australia.

Perhaps, though, it does not go far enough. As veteran economics journalist Ken Davidson explains:

The collapse in private-sector demand must be replaced by a corresponding increase in government spending to avoid lower economic growth and higher unemployment.

On this basis, the $42 billion package introduced to the Parliament by Treasurer Wayne Swan was about half that necessary to sustain non-inflationary growth without rising unemployment over the next four years.

Finance Minister, Lindsay Tanner, meanwhile, has argued for a cap on new spending of “2 per cent of GDP” (some what in excess of $20 billion).

Considering the substantial share that welfare reform should comprise in the upcoming Budget, surely there is scope to provide for other initiatives beyond this “self-imposed cap” (many of which, in themselves, would contribute to economic stimulus.)

Also, regardless of abstract economic principles, there are many other areas which are central to our real quality of life. Such areas include: more hospital beds, quality of aged care, better nurse to patient ratios, universal provision of health care including dental health (socialised-medicine and not-for-profit community providers), support of public, participatory and community broadcasting and media; provision for community groups, education programs and public libraries.

Of course, some of these might not be able to be realised quickly enough to provide the immediate stimulus we need. But considering the possible depth and length of the recession, such measures could nevertheless be integral to our response. Failure to invest in infrastructure and education now will impact negatively on productivity and capacity into the future and will feed into a “recessionary spiral”.

Around the world governments are facing the reality of financial and economic collapse. Critically, reflating unsustainable speculative “bubbles” - whether in housing or elsewhere - is not the answer.

In a ground-breaking essay on what he calls the new “global social democratic consensus”, Walden Bello supposes the financial meltdown has critically discredited the neo-liberal ideology. For years, the systematic stigmatisation of socialism and social democracy has been so entrenched that even the most progressive voices had to compromise with the neo-liberal ideology in order to be taken seriously. But today Bello believes there is a “fluidity” unknown for the past half century or more. Bello supposes a new global economic order, promoting equity, as well as environmental and social conditions upon trade. And yet he also believes that Global Social Democracy (GSD) needs to orient itself towards further democratisation of economic decision-making.

But Bello is uncertain what the ultimate consequences here will be. He queries:

[Will] government ownership, intervention, and control be exercised simply to stabilise capitalism, after which control will be given back to the corporate elites?

Fred Mosely, writing for the American economics journal Dollars and Sense supposes a role for “tax-payer friendly bank nationalisation”. Socialised banks could then be run “according to public policy objectives” rather than private profit maximisation. In this he includes affordable housing and green energy.

An Australian response could be to promote a “mixed” banking sector. Such a sector could include a public banking enterprise which would provide real competition along the lines of the former Commonwealth Bank. Such developments might also mitigate tendencies towards oligopoly and collusion. And profits could be re-invested to benefit customers and workers.

Furthermore, deep tax breaks and assistance could be provided for democratic credit unions. Such enterprises could provide substantial relief from fees for members. In tandem with socialised banking, over time, they could come to cover a dominant portion of the overall sector.

Despite the current crisis, though, in a new economy there will still be a need for financial markets: to “mobilise savings”, “allocate capital” and “manage risk”.

But risk, here, needs to be transferred to those most able to afford it.

In the United States, vulnerable poor and working class American families were the victims of predatory and irresponsible lending practices.

Where “the market” did not provide for such people, this is no fair rationale for exclusion. Instead, social housing ought to have “filled the gap” which was not bridged by the markets. In Australia, such an increase in supply would also have provided a counterbalance to any speculative property bubble.

In Australia, and elsewhere, housing markets were characterised by over-valuations which were destined to end in bust. As Australian interest rates rose, scores of mortgagees experienced extreme stress in servicing their debts. This also impacted upon consumer confidence.

On top of the current catastrophe, Walden Bello supposes there are about 4 million US “sub-prime” mortgages that will go into default over the next two years. These are the people the Obama-led US government must assist as a matter of moral urgency.

Regardless of any legitimate role, it is clear that the finance sector has become “decoupled” from the “real economy” and has a largely wasteful, parasitical function.

As Ramas Vasudevan notes in Dollars and Sense: “The profits of the financial sector” (in the US) grew from “14 per cent of total corporate profits in 1981 [to] nearly 50 per cent” in 2001-02. This growth of the finance sector was also matched by an explosion of debt, in private households, businesses, and in government, which “rose from about 1.6 times the United States’ GDP in 1973 to over 3.5 times GDP by 2007”.

Debt finance is a legitimate means of building the kind of infrastructure which can support increased productivity, capacity, and sustainable improvements in material living standards.

But where debt accumulates unsustainably, or where “bubbles” promote an “on paper” economy without an anchor in real production, the system ceases to be viable.

Considered only on a private level (the sum of household and business debt - including corporate bonds), the ratio of Australian debt to GDP - according to Steve Keen - has been building for many years - to peak, at the time of publication,  at 177 per cent.

“Corrections” are inevitably painful - and the current meltdown demands a far more robust and direct role for government in minimising impact of cyclical economic crises in future.

Private pension funds such as superannuation, meanwhile, carry too much risk for ordinary retirees: risk could be better spread and managed through a public system.

Responses to the global crisis

There are other problems which go to the heart of the capitalist world economy. One such failing inherent in the capitalist system is what Marxists call “over-accumulation”.

Again: this manifests as a “recessionary correction”, which neo-liberal purists suppose is a necessary, and in fact desirable, process.

Even in the face of recession, though, there are many - such as the wealthy and those with secure employment - who will not bear the brunt of the crisis.

Further, such is our productive capacity, even accepting that unemployment will rise, we have the means to act in social solidarity with each other.

Because those on lower incomes generally spend a greater proportion of their income on domestic consumption, tax and welfare reform in their favour can provide the economy with greater buoyancy, while also providing for human need.

There is no need for Australians to face the kind of destitution widespread in the Great Depression of the 20th century. It is a matter of whether or not government has the political will to do what is right.

It is also a matter of whether or not the people will stand up for justice.

Taking the scenario of unemployment rising by an additional 300,000 by mid-2010, it is worth asking: how can such structural impositions on the Federal budget be sustained without tax reform?

Again: Tanner’s “2 per cent cap” on additional expenditure - taken as a ceiling of $20 billion - is probably insufficient if taken in addition to the cost of welfare reform. And given the long-term benefits of investment in education and infrastructure, there are solid arguments in favour of greater expenditure here and now.

While Labor might hold off on increasing taxes now - to maximise the stimulus - in the long run the Government must act. Tax reform is necessary to sustain the Australian welfare state and to provide critical services and infrastructure, which are key to our economic and human needs.

A global effort - a flawed system

In both the short term and long term - global co-operation is required to breathe new life into consumer demand, global liquidity and investor confidence.

Standards need be set to ensure that events such as the US “sub-prime” disaster are not repeated. Prudential regulation and a substantial role for credit unions and public banking can assist here.

And globally - widespread nationalisation must provide public benefit in proportion to the public cost of “bailout” commitments. A democratic and mixed banking sector should emerge as one positive and lasting legacy.

Finally, the stimulus effort must be co-ordinated as well as global. This must include investment for the future - in the kind of social programs and infrastructure which will provide the foundation for future growth. With future growth, debt incurred from such interventions can be serviced sustainably.

Recovery, though, could be a long and painful process - perhaps lasting years. Such is the scale of the catastrophe, and of the necessary process of adjustment: there is no easy way out.

Capitalism remains a flawed system: a system characterised by exploitation, cyclical crises of over-accumulation and waste; crises of over-production, and concentration of economic power in the hands of a few.

“Free trade” is extolled as a virtue: and yet workers are denied what are among the most basic rights of all: to withdraw their own labour. It is a system where human - and environmental - need is consistently given a “back seat” in favour of accumulation as a “principle in itself”.

And yet these flaws need be considered alongside the right for ordinary people to invest the proceeds of their labours as they will and the innovations which spring from competition.

As Labor considers its next course of action leading to the upcoming Federal Budget, commentators and politicians should not be reticent in condemning the deep flaws of neo-liberal capitalism, and in suggesting progressive alternatives.

But such is the power of the dominant ideology, most cannot imagine a future without “capitalism”, whatever they may conceive it to be.

Nevertheless, we need alternatives which - as Habermas might explain it - place the “life-world” of human and environmental needs ahead of abstracted economic “systems”; which minimise exploitation by investing economic and political power in the hands of ordinary people; and which avoid destructive and parasitical speculative practices.

Whether we call it “Global Social Democracy”, “democratic socialism”, or something else - the need for change is immediate. The time for change is now.