One State Solution: A pipe-dream, maybe, but not a nightmare 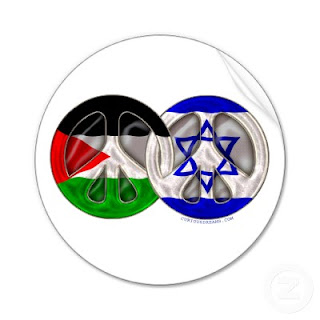 My friend Rod wrote at length against a binational solution to the Jewish-Palestinian conundrum. He does not so much oppose the idea of binationalism, but rather has serious doubts about the availability of a route to binational salvation that does not travel through some horrendous gutters. I disagree with him. A route to binationalism does exist that is more attractive than taking a detour through Apartheid and ethnic cleansing. This route, of course, is not very forthcoming, nor is it achievable through governments such as the current one – but then, neither is a viable two-state solution. The left must ask itself two questions: which is a more desirable solution, and which is a more likely solution to persuade the Israeli public to bring the left back to power to implement. Neither of these questions will be answered here. My intention here is merely to plot the road that might be taken to binationalism, under the ideal premise of a liberal-minded left-wing government.


It should be said, before I begin, that contrary to what Rod wrote, binationalism is rarely touted as the optimal solution to the problem – although I have noticed an uptick in texts carrying this message of late. The majority of mentions of binationalism use it as a threat, a whip, with which to hasten Israel’s acquiescence in a two-state solution. Binationalism is presented as the only realistic alternative to two-statism, and, building on the prevalent sentiment supporting a Jewish nation-state, the two-state solution is then made to look good in comparison. I personally deplore this line of argument. It exemplifies exactly what’s wrong with the two state solution: it is a solution built on virulent, hateful nationalism, rather than on mutual acceptance, and it ignores the fact that even after we “go our separate ways in peace”, as one popular bumper sticker once advocated, we still have one fifth of the population of Israel proper living in the “wrong” territory.
Binationalism is not merely unavoidable, but, I believe, desirable. Is it attainable?


The road to a viable binational solution must begin with a greater incorporation of the Arab citizens of Israel into the polity. The first step a prime minister with a wish to implement binationalism must do is call upon the more moderate Arab parties in the Knesset to join her government proper – not merely support it from the outside as in the second Rabin government.

The thing most lacking in current internal Jewish-Arab relations is trust. An Arab minister (from a “non-Zionist” party) would be able to begin building this trust, in both directions. Of course, having a token Arab minister would not suffice – it is merely pointing out the way for other government agencies. A higher rate of government employment of Arab-Israelis must follow. It is also assumed that an Arab minister will be able, by bringing the voice of this population directly into the cabinet meetings, to increase government investment in this population even beyond his own ministry’s jurisdiction (of course, we are assuming a government that is already more likely to do that anyway).


The Arab citizens of Israel are a bridgehead to the Palestinians in the territories. Establishing real bidirectional trust with that population will enable Israel to come into rapport with the Palestinians that was not possible so far. Throughout this process, and using it, Israel must support the democratic development of the Palestinian Authority and promote moderate deliberation within it (rather than prevent it, as in the case of the harassment of Mustafa Barghouti before the presidential elections).


If these processes are successful, and Israeli shows a continued willingness to follow this path (e.g., by reelecting the government), it seems to me that the road to a binational solution will be open. Of course, that solution must still be fashioned in a careful manner. The PhD thesis I am working on currently deals precisely with the question of the application of binational solutions, why they failed where they did and how they can succeed. I am still in early stages of this study, but my hunch so far is that the biggest mistake is to create an identity between the national interests of each group, and territorial interests of the administrative units of a federal state, e.g. the Belgian solution. A good binational state will make sure to break each national community into two (or more) territorial units. This will foster more opportunities for cross-cutting cleavages and cross-national interests. An “East” and “West Palestine” are simple enough to envision. Similarly, a “North” and “South Israel” can also be conceived. Each of the units will get equal representation in an upper-house (much like the US Senate), to create parity between the national communities regardless of demographics. (Jerusalem can be a fifth district, with no upper house representation, a-la Washington D.C., or Brussels).


In time, one could consider a “third layer” of federalism to this state (”The Abrahamic Federation”? Nah, too religious…), at the individual level – a “cultural federalism”. This layer could, for example, handle issues such as education and the arts, which will be shared across the administrative units, and also important for those of one nationality living in the units of the other (e.g., current Arab Israelis). This will also facilitate freer movement between the units.


But there is no need to go into the intricacies of the particular model of binationalism to be used. The point is that a well-meaning government can achieve this through positive means, rather than through diving into the realms of Hades to reemerge with the ghost of a binational state. The fact is, the first steps of this plan are positive even if we don’t wish to achieve a binational state, and — maybe I’m being overly optimistic here — could be potentially supported by a majority of the population in Israel even today.


The road is there. It isn’t the King’s Highway, nor a yellow-brick road. It is, if anything, a long and winding one, and an arduous one no doubt. But it is there, and I believe we should take it.