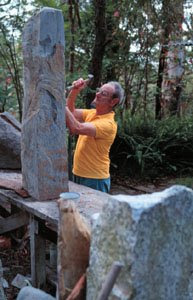 A Book for our Times

In Hayek versus Marx and Today’s Challenges (Routledge’s new series: Frontiers of Political Economy), Eric Aarons says  that that the global economic crisis is demolishing faith in the self-regulating free market of the Right, while also revealing the absence of ideas on the Left.

In this context, Aarons explores the ideas of two towering figures of the Right and Left who have shaped the modern world – Friedrich Hayek and Karl Marx. They developed elaborate systems of ideas on history and economy, ethics and values, human reason and emotion. Aarons examines their strengths and weaknesses, finding common assumptions as well as fundamental differences.

insights of both Hayek and Marx, while rejecting their extremes. He argues for a radically new ‘mix’ of free and planned markets, of spontaneity and reason, competition and cooperation, self-interest and altruism, individualism and collectivity, citizen and government activity, all needed to overcome the global financial crisis, combat global warming and ensure planetary sustainability.

Eric Aarons writes from a perspective based on a deep knowledge of the work of Hayek and Marx and his own engagement with politics, science and art.  Now 90, he was a national secretary of the Communist