Recent Observations from the Media ; And observations on the ALP’s Policy Trajectory 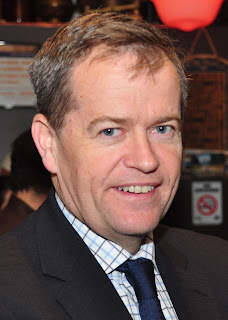 What follows is some commentary on recent material in ‘The Age’, ‘The Herald-Sun’ and the “Border Mail’, as well as a critique of Labor’s current lack of policy on strong tax and superannuation concessions reform….

Cash Splash?  How a ‘throwaway line’ offends both our values and our intelligence

i)                    ‘The Age’ should have been more careful with its rhetoric in relation to  the Gonski education reforms. (‘The Age’, 29/12/15)  In particular the term ‘cash splash’ is highly questionable.  Of recent years the term has been deployed heavily, with the obvious inference that the public spending associated is ‘frivolous’ or ‘wasteful’.  Indeed the term has consolidated the neo-liberal Ideological assumption that public spending generally tends to be wasteful.  But Gonski is anything but wasteful. The Gonski initiative and its associated funding are crucial in stopping the drift to a highly stratified education system; where the state sector becomes ‘residual’ and ‘second class’.  That is: only for those who cannot afford better.  By contrast Gonski has as its assumption that this drift must be halted, and that all students should have the opportunity to realise their full potential. There are economic reasons for this (training tomorrow’s workforce) – but the social and cultural ramifications are just as important.  Journalists for ‘The Age’ should be more careful in the future.  Gonski is anything but a ‘cash splash’, and ‘The Age’ should from now on be more careful in realising the ramifications of this kind of rhetoric.   (letter to ‘The Age’; edited version published)

A Surprising Position on Tax Reform in the Herald-Sun of all Places!

ii)                  It is good to see the Herald-Sun considering options for fair tax reform as opposed to austerity.  Capital Gains Tax discounts and Negative Gearing provisions are already set to cost around $20 billion year as Kara Vickery’s article (14/1/16, p 15) indicates.  But there are other options for government in containing the $40 billion/year deficit.  Dividend Imputation (rarely applied outside of Australia) could also be wound back for another $20 billion a year.  And a more rigorous winding back of unfair Superannuation Concessions for the wealthy and upper middle class could bring in well over $20 billion a year. Finally there are other options to actually expand investment in infrastructure, education  and health, fair welfare, and more.  Company Tax could be held steady. (already at 30% is lower than the Amercian rate) The Medicare Levy could also be increased and restructured – and channelled into Aged Care and Mental Health. And for the sake of fairness bracket creep for low and average income Australians could be contained by indexing the bottom thresholds.  Austerity is not the answer to the deficit – and would only hurt the economy , and at the same time some of our most vulnerable Australians.  (letter to ‘The Herald-Sun’ ; not published)


The ‘Border Mail’ recently observed that:  “Opposition Leader Luke Foley [said] he would consider supporting an increase in the GST from 10 to 15 per cent as long as the funds were used solely for health and education and to compensate low-income earners.  NSW Conservative Premier Mike Baird seems to agree.  But the ‘Border-Mail’ also observed that:


In response I would argue the following:

A package including but not limited to the GST and other measures can be made 'progressive' depending on the compensation. If the compensation is strong enough the poor could even end up better off. (ie: if an increase in the GST pays for big improvements in welfare, targeted tax concessions etc) The problem, though, is that taxpayers tend to focus on INCOME TAX.   And if we cut the income tax of people on low incomes, for instance (in order to compensate), later down the track that will come under pressure as a consequence of high income (and potentially even some middle income) resentment.  Any increase to welfare could also come under pressure in such a way.  The focus will be on the simple rates of welfare (without considering the place of compensation in the total package), as well as the cost to the Budget and so on.  AND before you know it that compensation is whittled away! That is: both tax credits, income tax restructure, increases in welfare.... So in the end – over many years - we have a reversion to the full impact of the increased GST re: its distributive effects. Those on low incomes especially will be hit hard. Which is why we need to communicate this fact to Foley and others who think raising the GST could be a good idea.
This is not to suggest, however, that we should not try and raise welfare and lift people out of poverty.  But a big restructure of income tax as compensation for an increased GST would definitely face a significant threat of being wound back over time.  Possibly through another restructure later down the track.  And possibly because of bracket creep. (if there is not indexation of the lower thresholds)


Indeed the measures listed above could potentially bring in $60 billion or more.


I can see how if the specific model of change pondered by Foley was implemented it could have good outcomes short term. But I'm just saying the progressive distributive changes would be whittled away over time. And eventually the effect would be regressive.

Well, No.  The superannuation concessions reforms currently proposed by Bill Shorten currently are VERY modest.  The suggested reforms could even be dismissed as being ‘cosmetic’ in ‘the big picture’.  Shorten proposes cutbacks in concessions only for the wealthiest of all: "$14 billion OVER TEN YEARS" (that is: $1.4 billion a year by today's reckoning)  By contrast Richard Denniss of the Australia Institute believes the cost of Superannuation Concessions will soon balloon to OVER $50 BILLION EVERY YEAR.  (ie: by 2019)   And the deficit is currently in the vicinity of $40 billion a year.  To get a sense of proportion the economy is valued at approximately $1.6 Trillion.  So Bill Shorten's proposed superannuation concessions reform amounts to about 0.01% of GDP – and probably proportionately less when you factor in economic growth.  That is: it is so modest as to be considered trivial.


All this means that a Labor government will be under enormous pressure to introduce austerity. At this rate there could be cuts in pensions, an increase the retirement age, and so on.  Or they will ‘sit on the deficit’ and attract massive flak from the Conservatives.

At the ALP Socialist Left Forum Facebook Group one contributor inferred I should just get behind Labor’s costed policies, and that criticism was simply succor to the Liberals.


But the ALP Left is more than a 'cheer squad' for opportunistic policies that are about appearance and not substance.  I am saying that once we step back from the heat of the rhetorical policy battle - there is not enough SUBSTANTIAL difference between us and the Libs on policy yet. (though there are notable differences on Penalty Rates for example)


NOW if you want to talk about ALP Policy - I understand the PLATFORM does NOT lock us in to 'small government'. But understand that as things stand - without a change of direction - we won't have the fiscal ‘room to move’ to fully introduce Gonski and NDIS - let alone other absolutely critical reforms like:


·         reform of welfare to lift the most vulnerable out of poverty


·         Begin a fully-funded program to ‘close the gap’ on mental health related  life expectancy - just as critical a priority as ‘closing the gap’ re: indigenous lifespan


·         Restructure HECS to approximate something like a genuinely progressive tax


·         Kickstart a process leading to a negotiated Treaty with indigenous Australia


Without root and branch reform of tax and superannuation concessions pursuing even a modest selection of said policies (above) would mean either extensive austerity elsewhere, or a ‘sit on our hands’ attitude to government. (neither of which are acceptable)  ‘One step forward, two steps back’ is not enough , and the prize of government is not sufficient if there is so little progress on the policy front.


I want a REFORMING LABOR GOVERNMENT. I want 'the forward march of labour' to get moving again.  A trajectory of progress.  Is that too much to ask?
Posted by Vaughann722 at 6:39 PM