A Letter to the Prime-Minister Elect, Malcolm Turnbull 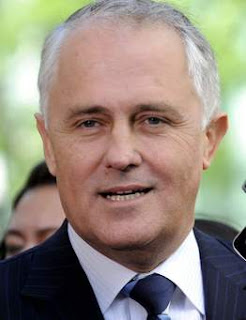 
The Abbott Prime Ministership is over.  Gone now perhaps are the scepticism about climate change; the bullying of the ABC; the broken promises and blatant breaches of mandate.  The night the change in Prime Ministership was announced the ABC coverage suggested that you and Julie Bishop would bring a ‘small ‘l’ liberal’ perspective to the Government.


Certainly under Liberal governments across the country there has been cause to fear the withdrawal of civil liberties.  In Victoria freedom of assembly was compromised.  Now, though, can we hope that a Turnbull Liberal Government will recommit to civil liberties; and maybe even industrial liberties – as a genuine, philosophically-liberal outlook would demand?


Pluralism is also core to a robust democracy.  Tony Abbott attacked the independence of the ABC; and the independence and/or existence of various human rights commissioners. And he attacked the independence of charities who took positions contrary to his agenda.  Hopefully this ends now.  But further: what about a reformed National Curriculum that fosters political literacy and active citizenship?  Not ‘one sided indoctrination’ – but exposure to the whole gamut of political opinion ; preparing students to make informed choices as active citizens?

Hopefully under your leadership the Liberals will now remain within their mandate.  No cuts to education, no changes to pensions, no cuts to the ABC and SBS.

But some of us will be hoping for more as well. The austerity of the 2014 Budget was obviously  ‘a bridge too far’.  Yet austerity needs to be questioned more broadly as well.  We already have ‘small government’ in this country by OECD standards.  We don’t need to venture further down that path.  We don’t need to bludgeon the poor and vulnerable any further.   Neither do we need to venture further down the path of privatising infrastructure.  A non-Ideological view would be open to a mixed economy – letting the public sector do what it does best.  Though of course as a liberal you want the private sector to do what it does best as well.

What is more we don’t need to dilute the progressive nature of our overall tax mix further. Towards the end of his Prime Ministership John Howard made it clear he believed in the principle of progressive taxation.  Mr Turnbull: there is a chance now ‘to break the consensus’ of ‘broadening the base’ in a regressive way.  And if balancing the Budget is a priority, withdrawing superannuation concessions for the most privileged needs to be considered first before hitting vulnerable or average Australians. There is an opportunity to genuinely occupy the centre-ground with a position of small ‘l’ liberalism.

On climate change I understand you are committed against an Emissions Trading Scheme (ETS) or a Carbon Tax as a condition of many of your colleagues’ support.  But what about much more robust ‘direct action’?  What about ‘direct action’ in the form of a multi-billion dollar investment in renewables research and renewables infrastructure?  This can be done without a breach of mandate, and without a breach of trust with your colleagues.

Malcolm; On the rights of refugees, Australia can do more.  We can do more for Syrian and Iraqi refugees especially: whose plight has arisen partly as a consequence of earlier interventions which we contributed towards.  The wars in Iraq destabilised the region; they weakened Iraq, leaving it with a sectarian Shia government; and this emboldened the Iranians with their nuclear program. This was the background to the Syrian civil war. Sectarian government in Iraq was also a contributing factor to the Sunni ISIL movement – which was fuelled by Sunni resentment.


Now minorities and oppressed groups are suffering in a region torn apart by war, with maybe over 300,000 dead.  We can do more and we should do more. And we can use our diplomatic leverage with the United States and other countries in the Pacific region to do more as well.  On QandA American folk-singer and progressive activist, Joan Baez pointed out that if the United States accepted refugees on the same proportionate scale as Germany that this would mean support for some 3 million humanitarian migrants.  For Australia’s part we can also radically increase foreign aid – such as to assist Syria’s neighbours to provide for literally millions of refugees.

Finally, here: I don’t often find myself agreeing with Conservative commentator, Rowan Dean.  And I have a history of supporting non-discrimination in Australia’s humanitarian migration program.  But maybe the argument that Christians in these war-torn countries don’t have many places to turn within their region deserves to be considered with an open mind.  I’m not saying Rowan Dean is right.  I am saying his claims deserve to be assessed critically, rigorously and honestly.

Malcolm: I hope this doesn’t cause you to discount all that I have to say – but certainly I consider myself as being on the left-wing side of the political spectrum. So for instance I would believe in a more extensive public sector than you would as an economic liberal. Yet listening to John Hewson speaking regularly on QandA it is evident that the Liberal Party has made a quantum leap to the Right over the past few decades.  Amidst this, Hewson’s politics have remained steady. For progressives, the hope will be that a revivification of the Liberals ‘Wets’ faction will see a shift of the relative centre towards something more compassionate, generous and just. As well as an outlook which is more tolerant of pluralism, debate and dissent.  Egalitarianism was long part of this country’s culture, and of our identity.  Let’s celebrate that; and let’s not emulate the American ‘Tea Party’ movement with its extreme social Darwinist Ideology.  Instead let’s see some policies aimed at our most vulnerable Australians: those who experience the most intense human suffering.  Get the National Disability Insurance Scheme done. But what about a National Aged Care Insurance Scheme as well?

With many others no doubt, I am hoping with your ascent to the ‘top job’ we can look forward to a new tri-partisan consensus around human dignity and human rights; and around compassion and respect for the rights of the poor and vulnerable.  Please do not crush that hope.
(nb: the author is still Labor to his bootstraps ; but consensus in areas of progressive public policy should be what we're hoping for as well - a shift in the relative centre)
Posted by Vaughann722 at 11:37 AM