Australia Day 2010 – Celebration AND Criticism the key for ‘moving forward together'. 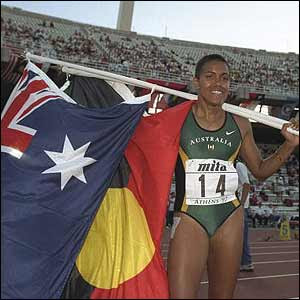 In Australia – as I write – people are ‘gearing up’ for our country’s ‘national day’. The day: ‘Australia Day’ as it is known, rests on the 26th of January. Specifically, the day is celebrated as that on which the ‘First Fleet’ landed at Sydney Cove in 1788; raising the British flag – and in their eyes establishing British Sovereignty.

For many, though, such celebration is questionable in light of the dispossession of indigenous Australians which followed. Thus there are some who refer to the day disparagingly: ‘Invasion Day’.

Talk of ‘Invasion Day’ can be understood in the context of Australian history. Indigenous Australians did not have the right to vote until 1967; and for many years indigenous children removed from their families to ‘aid in assimilation’. This was despite the participation of indigenous Australians fighting against fascism during the Second World War.

To some therefore – and especially Indigenous Australians, British colonialism in Australia comprised an invasion under which Indigenous culture was suppressed; their bonds with the land not recognised; their basic human rights denied.

What to celebrate in Australia’s past?

Australian history must not be thought of in a purely negative light, however: just as it ought not be considered in a purely celebratory or uncritical spirit.

Representative democracy and full adult suffrage developed in Australia with relatively little violence; although the example of the Eureka Rebellion - is seen by many as the source of a more militant democratic Australian tradition.

In 1854 miners rose in rebellion, demanding full male suffrage, and representative democracy. Arming themselves and establishing a stockade, the miners were crushed violently. But their example expedited the cause of democracy in Australia: and the ‘Eureka flag’ and tradition still remains a source of inspiration and identity for many on the radical Left, including militant trade unions. This struggle for liberty and democracy is very much part of Australian history and identity: and deserves recognition on Australia’s ‘national day’.

Other sources of Australian identity and culture include the spirit of egalitarianism and mateship: and more recently of multiculturalism: cultural pluralism.

The Australian egalitarian spirit was seen by many as being embodied in a culture by which class barriers were overcome with friendship.  (notably, however, this did not 'dissolve' class differences - or do away with the need of working people or the disadvantaged to fight for justice... Indeed the myth of 'classlessness' was sometimes used to undermine this struggle)   And the strong bonds of mateship which arose during the First and Second World Wars became a powerful source of identity: especially amongst Australian males.

For those tens of thousands who served in Singapore, Crete, North Africa and New Guinea – these strong bonds of mateship helped Australians survive under intolerable conditions. This was as much the case for Australian prisoners of war, also: including those who endured – and the tens of thousands who died - in Changi and on the Thai-Burma railway.

It says something of Australian culture and character that perhaps the most celebrated of figures from this context is Edward ‘Weary’ Dunlop: a surgeon rather than a conventional soldier. Dunlop was responsible for saving many lives in Japanese prisoner-of-war camps: where conditions were appalling and primitive: and Japanese cruelty legendary, horrific and extreme beyond what most Australians today realise.

Neil Pigot, who played Dunlop in a play, reflects of the broader culture of mateship in the face of such adversity:

As a pluralist and multicultural Australia moves forward, such things ought not be forgotten, and must be recalled and preserved as part of our identity and tradition.

As indicated earlier, modern Australia is pluralist and multi-cultural. Successive waves of immigration have irreversibly broadened our identity and our cultural composition.

For many Australians, there is much to celebrate here: that citizens of different cultural backgrounds live together in peace, and in mutual recognition. Rather than the kind of assimilationist policies which once sought to extinguish the cultures of indigenous peoples and immigrants in the early-mid 20th century: the modern Australian mainstream celebrates diversity.

That said: there are aspects of the old culture (not only the oldest – eg: indigenous) that need to be preserved also.

‘Mateship’ is one area which needs to be contested as well as respected. While ‘mateship’ needs to be recognised in the traditional sense – bonding and loyalty amongst Australia males - that spirit must be made meaningful for women also. And Australian egalitarianism should be reconsidered in the sense of economic equality: not merely the rejection of class-based snobbery.

Furthermore: our liberties and democratic and social rights need to be enshrined in our national identity: and as the ‘glue of cohesion’ which makes relative harmony in the context of multiculturalism possible.
And before the onset of official multiculturalism, also, Australians had a sense of connection with the land.
While not as deeply spiritual as the bond felt by many indigenous peoples; flora and fauna figured strongly in the national identity of the ‘old Australia’.

Australian culture has since become more diverse – and for most this is cause for celebration. But this need not mean a ‘rejection’ of the ‘old’ culture. Some Australians feel threatened by the sense this ‘old culture’ is being rejected – prompting a backlash against multiculturalism. We need to make it clear that the ‘old culture’ has a place at the heart of a modern and diverse Australian nation.

Radical Australian author, David McKnight has written about nationalism in his work ‘Beyond Right and Left’. While nationalism can provide fuel for violent militarism and prejudice, it can also provide a “bridge” to collectivism. Here we refer to the kind of spirit which involves solidarity with others in the face of their social needs. (from shelter and work to education, health care and social/cultural inclusion) If combined with an outlook of internationalism: respect for the rights of all people; then such sentiments need not be negative. Indeed an internationalist outlook might potentially even comprise a core ‘pillar’ of national identity.

In concluding this discussion of the issues associated with ‘Australia Day’ it is well to make a number of observations.

There are some who believe the day on which ‘Australia Day’ rests ought be changed.

Australian sporting icon, Ron Barassi, suggested in 2009 that the date be shifted to May 27th: “the day in 1967 that saw 90% of non-indigenous Australians vote in a referendum to give the indigenous peoples the rights that were due them as citizens of Australia.”  http://publicpolity.wordpress.com/2009/01/26/should-we-move-australia-day/

Others believe the day ought be shifted to the date of Federation: the official founding day of the Australian federation - January 1st.

There is a problem, here, in that there is still no formal resolution: comprehensively righting the injustices suffered by indigenous people. Without the closure provided by a just, representative and inclusive Treaty between the modern Australian nation and our indigenous peoples, it is hard to imagine a fully inclusive celebration of the Australian nation. Perhaps in the future – should such a resolution be achieved – then maybe this could become the focus of a new ‘national day’ for all Australians.

That said: while we ought be critical of aspects of our history, and not allow nationalism to fuel the kind of militarist mindset which rationalises unjust war; there are many aspects of Australian culture, history and identity that are worthy of celebration, recognition, remembrance. This includes the suffering and sacrifice of Australian soldiers: even if in the context that recognises the futility and wrongfulness of many wars. (for instance, World War I)

Finally, though: there is a sense that growingly the modern Australian nation is coming to terms with its past: and is coming to the realisation that indigenous peoples need to be fully recognised if we are to ‘go forward’ together. Australian political leaders – especially of the Left and Centre-Left - have recognised and apologised for past wrongs publicly. And the Australian Rudd Labor government specifically has committed itself to:

And there are increasing efforts on the part of the Australian Left and Centre-Left to preserve and recognise indigenous cultures. To this end, Jenny Macklin - the Minister for Families, Housing, Community Services and Indigenous Affairs, proposed in 2009 the establishment of an: “Indigenous Cultural Education and Knowledge Centre.” http://www.alp.org.au/media/0409/msia230.php

We must hope – and demand together – that rhetoric concerning the preservation of indigenous culture – and ‘closing the gap’ - is matched with decisive action: and with the necessary dedication of resources.

Also there are positive signs with the increasing recognition of indigenous peoples in popular Australian culture: for instance recognising the traditional owners of land in sporting events.

To conclude: as suggested in the title of this essay - celebration AND criticism together comprise the key for ‘moving forward together’ as an inclusive Australian nation… 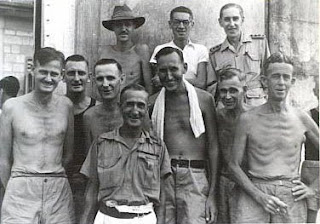 above: Former Australian POWs after the liberation of Singapore