Not Time for Champagne Yet 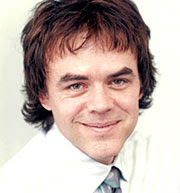 Financial headlines around the world herald the seemingly happy news that “recovery” is here. Global stock markets have surged 40 percent or more. Business confidence has shifted quickly from gloom to boom.

But hold on a moment. The world economy is still suffering through its worst downturn since the 1930s. World GDP is still declining, for the first time since the end of World War II. Unemployment rolls are still growing, not shrinking.

So why is the champagne being uncorked in financial centres around the world? More importantly, will the rest of us get to share in this good cheer, along with the bankers and brokers? Unfortunately, not likely. In reality, for working people, the effects of this crisis will linger for several years to come.

And that’s why governments, including ’s, need to stay on an active recession-fighting footing. Far from turning off the tap of job-supporting stimulus measures, governments’ efforts to spur real recovery (not just a financial bounce) need to be intensified in the tricky months ahead.

The financial party began back in March, when Citibank and other banks began reporting positive profits (largely thanks, of course, to $1 trillion in government handouts). After months of doom and gloom, the prospect of renewed financial profits set the markets on fire.

But before getting too carried away with this good mood, let’s remember there’s much more to economic recovery than profitable banks and roaring equity markets. True recovery requires getting people working again, producing actual goods and services. And on that score the world economy is still going backward, not rebounding.

Much confusion over the arrival of “recovery” arrived stems from the narrow terminology used by economists. For them, it’s not a recession unless real GDP (that is, the total value of economic output, adjusted for inflation) declines for at least two consecutive quarters. Then recovery simply constitutes the point when real GDP stops falling, and starts to grow again – no matter how fitfully.

So even if unemployment is growing and poverty is getting worse, the recession is “over” once real GDP is growing (as it is in now). But this narrow terminology utterly misses the point. If people are losing their jobs and their homes, and living standards are falling not rising, then the economy is in trouble – regardless of whether GDP is rising or falling. Australia’s self-congratulation for narrowly avoiding “technical recession” this year is small comfort to the tens of thousands of Australians who continue to face tough times – tough times that are sure to last for some years to come.

It is typical for unemployment to continue to rise for months and even years after economists officially declare “recovery.” GDP growth must get up enough steam and generate enough jobs to offset lay-offs incurred during the downturn (let alone absorb new entrants to the labour force). So the unemployment rate will continue to rise right through 2010. Then, unfortunately, it will stay at very high levels for at least two or three years after that. That’s the human reality of the global financial crisis – in contrast to the all-to-easy rediscovery of irrational exuberance in the realm of high finance.

So don’t be fooled by the headlines celebrating imminent recovery. The brokers and speculators inhabit a hyperactive, surreal world. Only they could speak of “recovery,” when so much hardship and fear is plainly visible outside in the real world.

For most Australians, insecurity and austerity will prevail for years to come. And government must continue to actively address the social consequences of this crisis, without being sidetracked by reports of this so-called “recovery.” Stimulus will be required for some years to come. If anything, the existing recovery package should be expanded – to include active supports manufacturing and other productive sectors, funding for training programs (an alternative to continuing redundancies), and protection for workers’ accrued entitlements (like annual leave and sick leave) in order to underpin purchasing power despite rising unemployment.

is economist with the Canadian Auto Workers, and author of Economics for Everyone (www.economicsforeveryone.com).

He is speaking in several Australian cities this month.