From the place of socialism in modern Australian politics, to 'Record High Taxes', and Police Powers 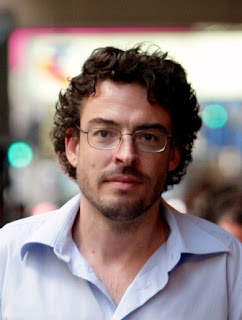 above:  In the Herald-Sun (4/6/16) Joe Hildebrand laments the decline of  'Third Way Centrism' and the rise of the 'margins' in European (and to his mind probably Australian) politics.  But democracy must mean pluralism and real choices.  In this the real history of socialism and Marxism must be kept in mind. Regardless of the horrors of Stalinism, it is time to reclaim the traditions of the Democratic Left.


LETTERS LATE MAY AND EARLY JUNE:    The following are a series of letters written to ‘The Herald-Sun’ and ‘The Age’ over the course of late May and early June 2016.  The issues discussed include the place of socialism, liberalism and Marxism in Australia.  As well as police powers, and whether or not Australia faces ‘record high taxes’.  At the time of posting only one of the letters had been published – in The Age. (though edited for length)

(Published) “Waleed Aly (The Age ; 26/6) regrets the marginalisation of political ideologies like socialism and liberalism, and the rise of disengagement, cynicism, right-wing populism.  But Sanders in the US and Corbyn in the UK show that with the distance of time the damage caused to the democratic Left by the example of Stalinist totalitarianism is finally being overcome.  Australia needs progressive leadership – articulating the best of political and social liberalism, and economic socialism.  There is a constituency waiting for the right leadership: articulating ideas of social justice and compassion.  For Labor to articulate a vision based on provision for human need through social insurance, the social wage, social welfare, the democratic mixed economy, as well as labour market regulation and industrial/civil liberties.  Shorten has moved in the right direction with very modest proposals to reform tax. Though his back-down on crucial Aged Care funding suggests Labor is too sensitive to empty claims of ‘over-spending’:  In fact Labor has a record of bipartisanship on ‘small government’.  In fact our taxes are only approximately HALF of Sweden’s’! A new Labor government needs to be more ambitious fully-funding perhaps $40 billion (or 2.5% of GDP) in new progressive commitments without austerity elsewhere.

(NOT PUBLISHED)  Democracy must mean a real choice! ; Joe Hilebrand (Herald Sun 4/5/16) laments the decline of ‘Third Way Centrism’ and the rise of the ‘fringes’, with Marxist voices finding a place in the public sphere.  A few points, though. First, a true democracy finds itself in pluralism.  That is: if voters do not have real choices on the democratic Left and on the democratic Right then the meaning of those choices is diminished. Secondly, fear of ‘Marxism’ in Australia ought not be overstated.  Labor has moved marginally Left of Centre – but only marginally.  Its reform agenda is modest.  Finally, we could do to remember that while Marxism was crudely distorted under totalitarian Stalinism, that it nonetheless began as a democratic movement. Indeed it was one of the first social movements to propose free, universal and equal suffrage (ie: votes for all adult men and women) from the late 1840s and into the early 20th Century.  Those who remain true to Marxism’s democratic roots would seek “a democratic road to socialism”, with an important place for parliamentary democracy.  As such today’s democratic Left – partly inspired by Marxist traditions – is one of the real, substantial choices Australians should enjoy, informed by a vision of social and economic equality and democracy.

(NOT PUBLISHED)  (late May 2106)  The Herald-Sun has been depicting Labor as ‘irresponsible big spenders.’ But taxes have hovered around 25% of GDP across BOTH Labor and Liberal governments for many years now. In fact both Labor and Liberal have maintained a regime of ‘small government’, and any Australian government would need to double spending by approximately $400 BILLION a year to reach Swedish levels of expenditure! (ie:  at approx. 50% of GDP)  In fact, if we want to INVEST in education, health, aged care, transport and communications infrastructure, then we need more progressive tax and higher spending. The alternative is that our services and infrastructure will decay. People will suffer ; and so will the economy.  To provide a sense of proportion: Labor’s proposed changes to Capital Gains Tax and Negative Gearing will save only $7 billion a year.  But Malcolm Turnbull’s approach of cutting Company Tax by $50 billion over ten years cannot but result in a massive hit to Education and Health, services and infrastructure.  At the same time it could make any return to surplus impossible.  (once the tax cut reaches its full amount it will cost the Budget more over time)


(NOT PUBLISHED)  (Late May 2016)  The Herald-Sun AGAIN publishes information to the effect that cuts must be made “to avoid record high taxes”. (HS 28/5, p 9)  What the Herald-Sun does NOT publicise is the fact that for decades there has been bipartisan commitment from the ALP and Liberals to holding taxes down as a proportion of GDP.  Both ALP and the Liberals have kept taxes down so far that we are one of the lowest taxing countries in the OECD.  We would need to raise spending by $400 BILLION/year to match Sweden for example!  Instead Shorten is proposing modest Capital Gains Tax and Negative Gearing changes that will bring in only $7 billion annually.  The idea of ‘record high taxes’ appears ludicrous in light of all this!


But without higher levels of fair taxation we will ALL pay more through user pays. User pays for roads. The end of bulk billing and Medicare.   $30,000 a year to send your kids to private schools because the public system is neglected.  Working class people forced to sell the family home to access an aged care system which is grossly under-resourced and understaffed.  This is the price we will all pay for lower taxes!

(nb: DEAR Editor - You keep publishing information to the effect we are faced with the prospect of 'record high taxes' ;  This verges on misinformation when put in context.  It is only reasonable during an election campaign to give significant space to 'the other side of the story'. Not just my own critique ; But a wide range of respectable opinion which would question the notion we are 'heavily over-taxed' ; or that Labor is 'high taxing and high spending' when compared with other governments ; or even with the  Liberal Party itself)


(NOT PUBLISHED)  A Sense of proportion on Company Tax


(Herald-Sun Early June)   In his letter John Morrissey argues  that Australia’s Company Tax regime is “uncompetitive”.   Yet the United States’ Federal rate of Company Tax is 35% ; and in some states goes higher than 39%.  The problem with lower Company Tax is that there isn’t the money left over for infrastructure and education. (that is, without ‘corporate welfare’. ie: workers/taxpayers ‘picking up the tab’ for the services and infrastructure corporations use)  Our Company Tax regime is not ‘uncompetitive’ when compared with the United States itself, and top quality infrastructure and a skilled workforce (paid for by tax!) will attract more of the right kind of investment. Australia also has one of the lowest overall levels of tax in the OECD – at approx. 25% - compared with 50% in Sweden.  To get a sense of proportion: Shorten’s $7 billion of tax reforms re: Negative Gearing and Capital Gains Tax Concessions accounts for less than half a percent of GDP.   A massive $400 billion would be necessary to match Sweden and provide a Nordic-style Welfare State. So keep a sense of proportion when talking about tax in Australia   (source:  Wikipedia)


The Herald-Sun has been running hard on the issue of Police “move on” powers, and has given voice to those within the force who want a return of those powers.  A couple of points.  Firstly, the role of the Police is to enforce the laws of the day rather than to lobby the government of the day.  The police as such should not be politicised like that against civil liberties which many of us cherish as part of our liberal society.  Secondly, our civil liberties are too valuable to sacrifice in response to the actions of a couple of dozen of people – perhaps including provocateurs.  There are already laws dealing with those who engage in violent behaviour.  But we should be wary of the ‘heavy hand’ where it restricts rights of assembly, association and speech – or even civil disobedience.  Neither should civil liberties be curtailed because they are an ‘inconvenience’ to some.  This is the SUBSTANCE of the liberties and rights we are regularly reminded that our men and women fought for in WWII.  Rights and liberties should not be sacrificed for a headline.
Posted by Vaughann722 at 11:56 AM