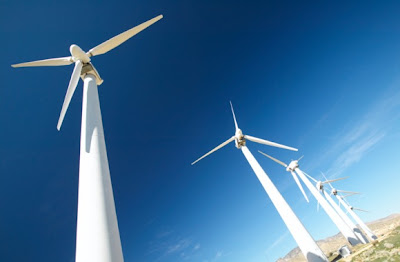 In this submission to Left Focus by Chris Warren the author argues radical action is necessary to save the environment, as well as transform and 'green' the economy beyond dependence on fossil fuels.  Chris Warren is a long-time socialist activist.

Lets be clear. Throwing millions of years worth of accumulated carbon
into the atmosphere in an geological instant (ie a few centuries, 1700
to 2100) will create chaos and catastrophe even to the point of
regional and possibly global, uninhabitablity. The message is clear –
if you destroy the environment, the environment will destroy you.

So now, in our paper-back littered West, cries are being heard for
Green economics, for prosperity without growth, for downshifting,
and/or for something called deep economy. None of this has any impact
on superannuation funds, bank lending, trading, or fossil fuel
extraction. Faced with all this failure, and electoral explulsion
from Parliaments, all that Green economists can call for now
typically, is civil disobedience. This is a path to extinction.

In all of this, the missing element is politics. After acres of
paperback pages describing symptoms and at the very back of his
Affluenza, Clive Hamilton dips his toe into our future, if we
are to have one – “New Politics”. Unfortunately in this final
chapter, the politics is missing. Challenging the main political
parties to question their assumptions is fatuous. Associating New
Politics with “a right to choose…in a way that rejects market values”
and with “exercising our right to withdraw from the market” (185f) is
naive. Dealing with our attachment to consumption is the wrong end of
the stick. Consumption is a means to an end and capitalists know that
they can rely on 80% plus of the population consuming all of their
income - even as they are criticised by paper-backs from the 2%, or by
any number of ‘progressive’ think-tanks and fancy resolutions from
numerous ALP and Green branch meetings, or from conferences swarming with
upper middle class concern-mongers.

The underlying problems are two. Firstly we must rid ourselves of all
this enclave idealism that just diverts and destroys the movement.
Then we need to rebuild our understanding based on addressing the real
cause and facilitator of fossil fuel exploitation – the capitalist
mode of production. ‘Green economics’ is misleading; we need and must
develop Green ‘political economics’ and an international orientation.

Environmental exploitation only occurs because it delivers competitive
advantage that generates profit. Under capitalism, this profit is not
normal. It is accumulated by politics. This historical process
originated from Roman, Greek and Viking plunder and slavery. It
(accumulation) then, as a historical process, passed through
enclosures and associated massacres, through savage colonialism to the
industrial age where the profit motive was handed the enormous
productive capacity of coke and coal, and then, more ominously, crude
oil and natural gas.

Due to fossil fuels, any one today can hold and control four
horse-power in the palm of their hand and carry around 100 in a hefty
suitcase. Fossil fuel capitalists started and won wars, captured
governments, dominated markets and destroyed alternatives, all for the
sake of their own short-term interests – “returns on capital”,
“growth” and associated “productivity”. Clive Hamilton is right – we
need New Politics, but not as he knows it.

A Green economics needs a Green mode of production. But modern
financial institutions demand rates of profit that are underpinned
only by the enormous competitive advantage of fossil fuels. Competive
plastics and metals manufacturing, airline and shipping fuels, energy
supplying, most modern construction and transport all demand fossil
fuels.

Fossil fuels represent an old story in new circumstances. Once an
amount of Capital exists outside the normal transactions of society
and in private competition with other amounts of Capital, then this
private interest, now in combination with anti-social Capital and
multiplied a thousand-fold, demands what it always has – more plunder
from the rest of humanity. This leads directly to fossil fuels. Any
other interests, such as of future generations, gets the same
consideration the Vikings showed to early Britons, Amherst to American
Indians, and British and Tsarist rulers to their own poor. Our
present mode of production will sacrifice humanity for the sake of
Capital using fossil fuels because it represents a history of
sacrificing humanity for the sake of Capital using swords, gunpowder,
microbes and the hangman's noose.

You only deal with fossil fuels by recognising and confronting the
same political forces as in their antecedent non-fossil guises – the
politics of private accumulation struggling against the politics of
social production.