Rhetoric and Reality - Labor must stand up for Sole Parents 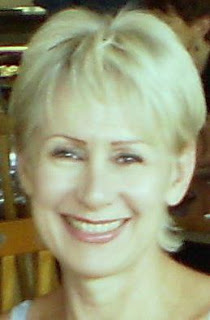 above: A photo of the author, Denise Allen

In this latest 'Left Focus' article former Labor MP Denise Allen takes the Federal Government to task for its Sole Parents decision - but applauds Julia Gillard's stand against Abbott.  Cuts in the Sole Parents Pension will mean much hardship for our most vulnerable families.

Left-leaning people interested in progressive debate are also welcome to take part in our 'Left Focus' Facebook group - where among other things we promote new  posts at the blog, and debate important social themes and issues of the day. See:  http://www.facebook.com/groups/58243419565/

Some days the Prime Minister and the Labor Party make you so damn proud you want to shout it from the rooftops.

Last week for example, when our strong and inspiring Prime Minister ripped Tony Abbott a new one and called him out for the sexist bully he is.

It was a day all Australians, regardless of whether you like or support the PM or not – a moment in political history – no one will forget in a hurry.

It makes so many of us Labor supporters proud when the Prime Minister announces new wide sweeping progressive reforms like the NDIS, Carbon Pricing, Aged Care reform and the Gonski Report. Progressive Labor Party reforms akin to the Whitlam Governments Medicare and University reforms.

But on that very same day last week, without very much fanfare, the Labor Party passed – with the help of the Coalition – a continuation of a Howard Governments policy to reduce the income of single parents.

This Single Parent Pensions Bill is one of the most regressive policy platforms ever introduced by a Labor Government.

This bill, by reverting the Single Parent Payment to Newstart allowance once the youngest child turns 8, reduces the income support of a single parent by up to $100 per week, in some cases more.

That said – it is a slight improvement on the similar policy the Howard Government introduced in 2005 and effective whereby Supporting Parent payments reduced to Newstart allowance when the youngest child turned 6!

It is designed to coerce single parents back into the workforce.

Now I fully understand that there are many single parents in our society who do not attempt in any way to seek work regardless of the age of their children. But these people – both women and men – are in the minority.

Some are relatively uneducated, have very poor social and employment skills and even if they did have reasonable skills, many live in rural areas where employment vacancies are almost non-existent.

On the other hand, there are many single parents living in the city where rents are exorbitant; transport costs; after-school care costs are an added financial burden.

Taking away up to $100 per week, reduces a single parent’s ability to seek work or re-training and to function as a healthy, happy parent.

I believe there should be “carrot” not “sticks” to encourage single parents into the work force.

Encouragement should be given to single parents to gain skills by returning to school, through our TAFE system (although now the Bailleau/O’Farrell/Newman Governments have slashed funding to TAFE’s that is going to be so much harder as well) or to enroll in a University.

How a single parent will be able to afford to do that now their income will be reduced by up to $100 per week is questionable – (especially given the funding slashes to TAFE’s).

How will someone without a car manage?

How will someone without extended family support manage?

How will someone who already pays exorbitant rent manage?

What if they can’t get a job for months/years on end no matter how hard they try?

Were these questions even considered when this legislation was being considered?
Whose idea was this to crucify struggling single parents even further?

If the Government is so desperate to find an extra $700m per four years why then didn’t they have the courage to finally attack the rort that is negative gearing, a wealth creation system for wealthy people?

It is true that some people only understand money as a motivation to do anything.

But instead of taking money away from single parents that they use for their everyday living costs, why not offer incentives akin to the baby bonus?  If Governments can offer a baby bonus handout and provide extremely wealthy private schools with huge publicly funded handouts, why can’t they come up with a policy that is more “carrot” and less “stick”; where single parents are encouraged to succeed, not threatened and deprived of vital dollars with which to raise their children on a daily basis.

Those who will scream the loudest about “lazy single parents” are the very same people who will still put their hand out for every subsidy at every opportunity. I have never seen or heard of anyone saying “No thanks, I don’t need the baby bonus” or a wealthy private school say “No thanks, we don’t need taxpayers money to build new a rowing course or swimming pool”…. “let the Government keep it for other more worthy causes.”

I expect this sort of policy from Conservative Governments as it is par for the course for them but not from a Labor Government.

A very wise person once told me that “Governments, in the race to be the ‘best economic manager’ make decisions from a economic rationalist point of view, and in doing so loose all humanity and compassion.  Saying they are “good economic managers” is rhetoric Governments of both persuasions bang on about all the time. The real challenge in being a good economic manager is implementing socially responsible policy that is passionate and well managed.”

It is cruel, heartless, regressive policy that will put many single parents further under the poverty line.

I want to see policy that will assist and inspire single parents to aspire to better opportunities.

This does not do that.

I would expect it of Conservatives but not the ALP.

(As an aside – I am yet to hear Tony Abbott give a commitment in blood to wind back this policy. Seems as far as Mr. Abbott is concerned, it is an outrage to tax multi-billion dollar mining oligarchs and put a price on big polluters spewing filthy toxic waste into our atmosphere, but its ok to reduce the income of some of the poorest, most struggling people in our society.)