Debating ‘Red’ and ‘Green’ politics – Have your Say 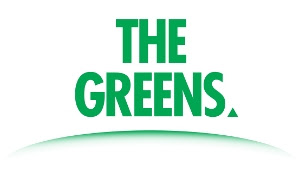 This week at ‘Left Focus’ I’m posting excerpts from discussions I’ve had recently at Facebook. In particular I’ve been talking about electoral competition between the Greens and the ALP (Australian Labor Party) – including the state of Victoria – where an election is due later this month.
What I’m hoping is that this week’s post spurs some real debate here at Left Focus: about the state of Australian politics, and broader issues regarding Green parties, and parties of the traditional Left. These dynamics are now of truly international dimensions. So please have your say!

Compiled and largely-written by Tristan Ewins


The ALP and the Politics of Class

Carlo Carli – the retiring Member for Brunswick (in Victoria) - was promoting the blog post linked to below as part of a debate over whether or not the Greens in Australia were ‘Left’, and what difference (if any) there is between ‘progressive’ and ‘Left’ politics: http://jewellofanstey.wordpress.com/2010/11/09/progressive-v-left-wing/

I responded to Carlo with an analysis of the decline of class politics within the ALP; the thrust of my arguments being that with the abandonment of class politics as a point of reference, the ALP stands to alienate significant areas of its traditional support base.

"Carlo - I'm also worried about the decline of class as a 'point of reference' on today's Left. And many of our own people have been complicit in this; There are arguments like "post-industrialism means the end of class"; or there is a stigma against class struggle which in some ways we contributed to with our emphasis on 'conciliation' in the 80s. But if we REALLY want to reclaim the mantle of class politics, and for the ALP to revivify its ties with the broader labour movement [and working class] - we have to deliver the goods; And class politics needs again to become a day-to-day part of our rhetoric and discourse. What practically then? Well at a Federal level - what about bringing forward the dissolution of the ABCC? (nb: this stands for ‘Australian Building and Construction Commission – a special body set up by the former Conservative Australian government which acts as an ‘industrial star chamber’, and which can send workers to jail for failing to inform on their mates)


What about allowing pattern bargaining? And what about observing our original promise that no-one would be worse off under Award modernisation? Finally: What about restructuring tax to help those on low incomes; but also give a fairer deal to average workers? (and by this I don't mean people on $80,000/year and more....) If we want to take this line of promoting our 'red' politics as against 'green' politics - we need to deliver the goods - and rebuild our credibility."

Federal Left ALP MP and former Secretary of the ACTU (Australian Council of Trade Unions), Greg Combet, was also trying this week to re-emphasise a sense of Left/ALP values in response to a growing sentiment that today’s ALP ‘doesn’t know what it stands for’.

Combet’s contribution can be found here:


There was a lot of criticism from the radical/militant Left in response to Greg. I responded with an analysis of the potential synergy I believe could be set in motion between the Greens and ALP.

"Labor's record in government has to be held up to scrutiny, but at the same time I think Greg's trying to promote a narrative and identity for the ALP to encourage a return to Left values across the whole party. Without such a return Labor will continue to leak voter support the Greens - and there are some who are only now waking up to the fact that this is reaching critical proportions. My feeling is that there needs be a synergy between the ALP and the Greens in producing outcomes for social justice. An electoral threat to Labor from the Left could drive it to the Left on policy. These pressures will remain only so long as the Greens remain a threat to Labor; but at the same time the pragmatists in Labor need to see gains from a move to the Left. It's a delicate balance: but I hope these forces combine to promote real and ongoing progress."

In this same Facebook thread focusing on the Greens and the ALP Fernando Rodriguez Magallan wrote in response to Socialist Alliance activist Terry Townsend. Magallan’s position appeared to be an ALP/Centrist position which I am critical of; but I think it’s appropriate to reproduce some excerpts to put my response in context:

"There seems to be this overly-optimistic perception that [an alliance between the ALP and Greens] would bring about more social progressiveness - swinging Labor back towards the Left and give the Greens an all-time-first nudge towards Centre, whereby the two would meet somewhere along the way and exchange and embrace ideologies and miraculously create a modern, moderate, Centre-Left party however the reality would be far from this.

…The main problem I believe would be the Greens lack of patience for sustainable transition and that they are detrimental to many of the working class….The Reds…join a party that can make a bit of noise every so often enough to be noticed but not enough to ever win in the political realm…

Does the ALP need a refresh? Why of course. Should it be criticised for its failures? By all means, but there should equally be credit given, where and when credit is due. By this I mean there should no longer be a monopoly of media in Australia that always paints the glass-half-empty picture when it comes to the ALP's policies… The far Left, play right into the hands of the conservative moguls… Because of this, [they] end up (perhaps inadvertedly) batting for the other team - I guess this is why they say that in politics both extremes the furthest possible away from each other will eventually meet.

In the end - I am convinced more and more each day when seeing what the clowns at either end of the political spectrum have to offer - that Labor, the Third Way, is the only way forward. (nb: Readers might like to debate this issue of the ‘Third Way’ as well)"

I responded Magallan as follows:

"Fernando - there's some truth in what you say; which is why I've written elsewhere that the Greens should give 'reasonably conditional' support for Labor. (ie: compromising enough to hold together an electoral coalition which can maintain power)

(Comment: for me this is part of the politics of ‘alliance building’; building what Gramsci would call a ‘counter-hegemonic historic bloc’; or in the context of parliamentary politics – ‘an electoral bloc’. This refers to the kind of synergy I was talking about before; but with an understanding by all parties that they need to ‘pitch their message’ in a way which makes overall success possible…)

But just recently there are issues where I think we've failed and could have done better. For example: Failure to ensure no worker be worse off under 'modernised' Awards; Failure to debate a rising cost of living (housing, water, energy), and to sufficiently reform tax and welfare in response; Failure to address the housing bubble legacy and make housing affordable - especially for those on low incomes; Failure to build sufficient infrastructure in the context of urban sprawl.

I could go on - and I'll give one more example: Aged Care - which is supposedly a 'second term issue' - but I've heard nothing, and we have the most vulnerable people of all living in conditions of neglect and indignity - An ageing population means tax MUST rise to provide adequate Aged Care, broader Health care, welfare - But there's not even a DEBATE.... So where is all this leading in 10 years time???...

BTW - there's nothing wrong with being 'a bit red' - and I maintain my earlier statements re: possible 'ALP/Green synergy'. But look at it this way: Someone has to appeal to the relative centre to construct a majority; But we should always be trying to shift that relative centre towards social justice; And the Greens at least can make more radical arguments which we cannot because of this play of electoral forces; The Greens need us, and it seems we need them - But I think it's good at least that more radical arguments be heard; that's in the interests of a Labor social justice agenda over the long term..."

Doug Cameron speaks up in favour of open debate in the Labor Party:

Finally, ALP Senator, Doug Cameron has recently (ie: late last month – October) intervened on the question of whether the ALP is seen to stand for anything; and how too-much discipline in ‘towing the party line’ could actually be detrimental. Cameron was speaking on Radio National in the program ‘The World Today’.

The following are excerpts:

“…I still don't think it is sufficient just to have behind-closed-doors debates on key issues…. I've always taken the view that difference of opinion is not a weakness, it's a strength and I think that has been lost in the party….”

“we've helped establish [a] culture…where no one speaks out…[Then] if someone does speak out, it becomes this great disastrous split in the party and I don't think that is good for democracy in this country. I don't think it is good for the Labor Party and we really need to address this.”

Firstly: International readers please feel welcome to raise your own national contexts as they relate to the issues raised here!;

The point of this week’s post at Left Focus is to spur productive discussion of the issues raised! Assuming your position is ‘broadly left’ - your opinions on the ALP and the Greens – whether at a national level – or with reference to the coming Victorian election – are welcome here! PLS feel welcome to respond to the specific issues I raise here to: ‘Labor/Greens synergy’, and also ‘alliance building’ in the ‘counter-hegemonic/cultural’ sense, as well as that of forming an ‘electoral bloc’. Also: What are the situations in other countries? (eg: Sweden, Germany , Italy etc)

Your opinions are also welcome on the issue of the decline of class politics in the ALP, and also more broadly. (again: also internationally) What should the response of the Left be? What positions should the ALP and Greens take? Can class politics be revivified?

Finally: What about Doug Cameron’s comments? Should there be more freedom in the ALP for Left MPs to speak out? And if so – what should they be saying? And what about the position of the Left in the ALP more broadly?

Looking forward to your comments!

AND BEFORE YOU GO!!: If you enjoyed this article PLS join our Facebook group - to link up with other readers, and to receive regular updates on new material.
see: http://www.facebook.com/group.php?gid=58243419565
Posted by Vaughann722 at 11:35 AM