Why Gillard could lose: It's an ‘economic rent’ election 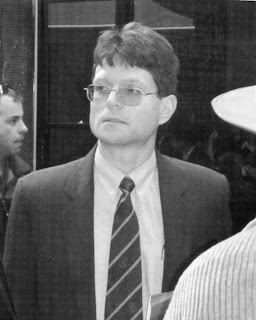 
Prosper Australia is a self funded NGO (non government organisation), inspired by the economic justice that can be achieved by distributing the wealth produced from land amongst the entire community.

Click 'Left Focus' at the top of the page; and scroll down for analysis on the election, and the policy issues at stake!

AND ALSO: If you enjoyed this article PLS join our Facebook group - to link up with other readers, and to receive regular updates on new material. see: http://www.facebook.com/group.php?gid=58243419565

In this article - on the eve of the 2010 Australian Federal Election Gavin Putland argues that if Julia Gillard loses that election it could be as the consequence of Labor 'taking on' powerful economic interests.  Here's hoping that isn't that case!! - but this account of the influence of economic rent in Australia is well worth reading.


Charles Richardson (Crikey, Aug.17, item 15) offers three rules on federal elections. The second rule, which held in the last six out of nine cases, is that first-term governments are re-elected (albeit with a reduced majority, according to the first rule). The third rule, which held in the last 12 out of 13 cases, is that close elections are won by incumbent governments.

These rules point to a Gillard victory on Saturday. So does Malcolm Mackerras's whimsical law of electoral history, which has held in two out of two cases to date, and which states: “Winter elections are always called by Labor Prime Ministers who are always rewarded by the vote of the people on polling day.”

However, a Gillard victory August 21 would defy a much older rule, which says roughly: “Those who upset the tables of the money-changers get crucified.” In terms of Australian electoral history, the precise statement is:

Of the major parties, only Labor has been courageous/foolhardy enough to contest federal elections on a platform of increased taxation of economic rent. In three out of eleven cases, it has lost.

So what is economic rent? Let's begin with the most general definition, which also happens to be the most relevant to the present election campaign, and then look at special cases that figured in past campaigns.

What accountants call “profit” includes the necessary return on capital (“normal” profit), without which an industry will not attract investment. Competition tends to reduce the return on capital to the normal level.

Sustained super-normal returns therefore indicate some sort of protection from competition; for example, the exploitation of land, petroleum, coal or iron ore enjoys such protection because the supply of the resource — at least for any given quality and accessibility — is limited. The benefit of that protection is economic rent. So normal profit is a cost of production, while economic rent is the surplus after all costs, including wages and normal profit, have been paid.

Hence a tax on economic rent, unlike a tax on wages or normal profit, is not a cost of production, but merely cuts into the margin by which the protected price exceeds the necessary cost. If the tax is implemented so as not to reduce the expected rate of return below the normal rate (where “expected” is meant in the statistical sense), it does not deter investment.

A profit-based resource-rent tax (RRT) estimates the economic rent of a natural resource as the margin by which accounting profit exceeds normal profit. To minimize the impact on the expected rate of return, and hence on the incentive to invest, the tax on super-normal profit must be offset by a tax credit for sub-normal profit.

Under the aborted “resource super profits tax” (RSPT), unused credits were to be refundable with interest at the 10-year federal bond rate, which was assumed to be the price of the risk that Parliament would repeal refundability of existing unused credits. On that heroic assumption, the same bond rate was to be the allowance for normal profit, because a more generous allowance would amount to a minimum-risk return above the minimum-risk interest rate.

Under the existing petroleum resource rent tax (PRRT), which has the same 40% rate as the RSPT, unused credits are not refundable, but are carried forward at a more generous interest rate after a correspondingly more generous (and more realistic) allowance for normal profit. So the obvious answer to complaints about the RSPT was to turn it into a clone of the PRRT. There was no need to reduce the 40% rate. That the mining companies focused so heavily on the rate is further evidence that they were more jealous of their economic rents than of their necessary profits.

Gillard's “minerals resource rent tax” (MRRT), with its effective rate of 22.5%, is a partial sell-out to the rent-takers. But by comparison with the status quo, it is an increase in taxation of economic rent. Tony Abbott, of course, opposed the RSPT and opposes the MRRT. So Gillard is promising to increase taxation of economic rent while Abbott is promising not to. According to the precedents, that means Abbott will probably win.

Why only “probably”? Because the PRRT was Labor policy at the time of the Hawke landslide of 1983, was announced during the Hawke government's first term, survived an apocalyptic advertising campaign by the oil companies, and was a point of difference between the parties at the 1984 election, which Hawke won. Since then, however, the Superannuation Guarantee has turned even low-paid workers into (among other things) small shareholders in mining companies, so that they can be duped into thinking of themselves as shareholders first and workers second. That makes life harder for Gillard than for Hawke. Moreover, the PRRT was in Labor's platform for the 1977 and 1980 elections, which Labor lost.

In principle, the economic rent of land can be captured by a profit-based RRT with a deduction for normal profit. In practice, however, as the value of land per unit area tends to be a smooth function of location, it is more convenient and more accurate to value land from real-estate transactions. This method is used for land tax and site-value rates, which might be described as valuation-based RRTs.

At the 1910 federal election, the Labour Party (as it was then called) under Andrew Fisher won majorities in both houses of Parliament on a platform of introducing a federal land tax, with a £5000 threshold and with no exemption for the family home. As the alternative sources of federal revenue at that time were indirect taxes, it was as if Kevin '07 had won by promising to abolish the GST in favour of an all-in land tax.

The federal land tax was duly introduced in the Fisher government's first budget, and remained in force until it was abolished by the Menzies government in 1952. Restoration would be difficult because the rise in the rate of home ownership — from 40% in 1947 to 70% in the 1960s — produced a large majority of voters who could be beguiled into thinking of themselves as land owners while downplaying their interests as consumers, workers, and land users.

Restoration of the tax remained Labor policy until 1964, when the tax was unconstitutionally omitted from the published version of the party platform without any authorization from the 1963 national conference. It was never reinstated. (Clyde Cameron told the story in the speech “How Labor lost its way”, delivered at the opening of the South Australian headquarters of the Henry George League on May 13, 1984.) The elections lost by the Labor Party while the restoration of federal land tax remained in its platform were those of 1954, 1955, 1958, 1961 and 1963.

Land and natural resources tend to appreciate due to growth in effective demand. Capital, in contrast, normally depreciates due to wear & tear and obsolescence. If the real value of an asset rises, it induces production of more such assets until competition enforces the usual depreciation — unless, of course, the assets cannot be produced or their production is protected from competition. So a capital gains tax (CGT) overwhelmingly captures economic rent rather than normal profit.

The last leader who sought a mandate to increase or extend CGT was Kim Beazley, who in 1998 proposed to raise an additional $200 million per annum by bringing pre-1985 assets into the CGT net. Only capital gains accruing after 1999 were to be taxed; but that didn't stop opponents from branding the tax “retrospective” — just as the RSPT was branded “retrospective” for taxing future super profits of existing projects.

On ABC radio in Brisbane on October 1, 1998, Beazley declared: “The only retrospective tax in effect in this election campaign is the retrospective impact on savings of a thirty billion dollar GST... If you're in a room with a gorilla and a chihuahua, on whom do you focus? You focus on the $30 billion gorilla, not the $200 million chihuahua.” Beazley won the popular vote (two-party preferred), but failed to win a majority of seats. Australia got the gorilla.

The introduction of the CGT by the second Hawke government was not a departure from the rule, because Hawke did not fight an election on it, and because the package was sweetened by the elimination of double taxation of dividends, including those from corporations whose “profit” was mostly economic rent.

The spectre of CGT figured in the 1980 election campaign, for which Labor had the PRRT in its platform. In a TV debate with Primary Industries Minister Peter Nixon, Labor's Senator Peter Walsh was asked about Labor's policy on taxing capital gains and inherited wealth. According to his memoirs (Confessions of a Failed Finance Minister, Random House, 1995), Walsh gave the standard response which had been stated in the party platform, and which had been repeated by Shadow Treasurer Ralph Willis a few weeks earlier, namely that a Hayden Labor government would review the tax system. In the hands of the Coalition parties and the Murdoch press, in the last week of the campaign, this non-answer was transmogrified into a wealth tax on the family home, and cost Bill Hayden the Prime Ministership.

The money-changers in the Temple of Jerusalem were protected from competition: they had the monopoly on the supply of the only coinage in which pilgrims could buy sacrificial animals. So at times of high demand (like Passover), they could rake in more silver than they paid out. The difference, less the cost of coining, was their economic rent — for which Jesus branded them thieves. It doesn't matter that Gillard is no messiah, no prophet, and no saint: she is threatening the tables of the money-changers, and they will crucify her any which way they can.
Posted by Vaughann722 at 8:36 PM