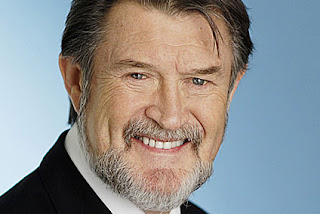 In this new article Shane Crocker commends Australian radio commentator, Derryn Hinch for his support of queer marriage.  Crocker also critiques the position of Bill Muehlenberg, who he identifies as a right-wing Christian opponent of Hinch.  The publisher of 'Left Focus' (Tristan Ewins) also explains at the end of this article that Muehlenberg does not speak for all Christians.

Which TV/radio presenter has been married several times, has an opinion on absolutely everything, shoots from the lip before checking facts and has an ego the size of a planet?

Which TV/radio presenter has been married four times, has an opinion on absolutely everything, shoots from the lip before checking facts, has an ego the size of a planet, publicly admits when he’s been wrong and has played himself in a comedy movie sending up shock-jocks?

When Derryn Hinch started his in-your-face current affairs show, Hinch, back in the 1980’s I was not impressed. Here comes another self righteous, conservatively minded, loudmouthed bully, doing shock-jock on TV, was my first impression.

Hinch, like every other egomaniac TV presenter went too far too often.

Then Derryn Hinch started doing things that no other shock-jock/ current affairs personality ever did. He would apologise on TV when he got something wrong.

A shock-jock saying “sorry, folks, I got it wrong”. That certainly shocked me.

My opinion of Hinch went up even further when he sent himself up in the 1999 comedy movie The Wog Boy.

Hinch has been mellowing-out over the years. Maybe he’s been more reflective since being diagnosed with inoperable liver cancer in 2007.

When Derryn Hinch was publicly abused by John Laws at a Sydney restaurant in December 2007 he went up yet another rung.

Last week he authored one of the most enlightened opinion pieces I have ever read. It was wrong of me to oppose gay marriage by Derryn Hinch was published in The Australian on July 16, 2010.

As I read the article last week, apart from being awestruck by his humanity, I was thinking “now let’s wait and see the backlash”

Bill Muehlenberg is an American born Evangelical Christian and right-wing conservative now living in Australia. He is the secretary of the Family Council of Victoria, an organisation which is active in misrepresenting gays and demonising Muslims, amongst other far-Right obsessions.

Muehlenberg’s website is a cornucopia of paranoia, xenophobia, bigotry and hatred of everything and everyone who does not conform to his own narrow version of conservative American Christianity.

An anti-Muehlenberg blog can be found here:

Here, Muehlenberg starts off with an attack on the position of Derryn Hinch, referring to an earlier work of Hinch’s in ‘The Australian’.

He then launches into a sermon on the absoluteness of human sexuality and marriage:

“It (heterosexual marriage) regulates human sexuality, and it procures the wellbeing of any offspring from the sexual union.”

Go to the nightclub strip of any city on a Saturday night. Heterosexuality is catered for almost exclusively, but you won’t find any “regulated” human sexuality there. There is also no guarantee of the “wellbeing for offspring” in heterosexual marriages.

Next he goes into full paranoia mode citing a conspiracy of the “homosexual lobby”.

Next stop, outright lying. “40 years of social science research” has proved children are damaged by growing up in households without both a mother and a father. He does not cite any source of this “scientific research”.
Last stop, full-blown hysteria:

I have to confess to being a little disappointed with The Australian newspaper.

It’s not that hysterical reactionary opinion pieces upset me. I’m used to seeing this sort of thing more and more often in the main-stream press.

It’s just that I thought that The Australian would make a bit better effort in finding a counter argument to gay marriage that rose to the high standard of Derryn Hinch’s article.

Isn’t there any reasonable argument against gay marriage based on enlightened, rationalist principles rather than fundamentalist religion?

Note from the publisher ( Tristan Ewins ):

I’d like to qualify my publication of this article with a few points which are important to me.

Firstly, I am myself a Christian. That being the case, I wouldn’t accept a characterisation of Christianity which portrayed it as 'essentially' right-wing. For most of my life I have been a Christian, a liberal and a socialist.  Christianity, for me, is deeply concerned with human dignity, compassion and distributive justice.

For my own part, I believe queer unions can involve the same depth of commitment as heterosexual unions, and should involve the same legal status with regards treatment for tax, welfare and other areas. This should be legally recognised by the state.

Personally I believe it is usually best for children to be raised by their natural parents: but this applies in the sense of being favourable to alternatives regardless of sexuality.  Sometimes, though, adoption is the best option, and parents in that context can be both loving and dedicated.

There is controversy amongst Christians about the will of God in these and other areas.

For those organisations, though - including Jewish, Christian and Islamic – who hold as a matter of doctrine that they not facilitate same-sex unions, and not recognise them as holding the same status as heterosexual unions – it would not be right to attempt to force such a position upon them.

Many in faith-based communities are regularly faced with dilemmas: where the reason and secular conscience of their members is at odds with the laws and tenets of their religion. Some distort the tenets of these religions into a message of hate; but it is true also that fear and expectations of unconditional obedience – are at times intertwined. For the faithful and those of deep social conscience these are profound challenges.

The liberal, pluralist and secular political regime that defends the rights of religions also protects the rights of sexual and other minorities. Freedom of speech, assembly and association are generally assumed. At times when we make exceptions to this regime, we potentially weaken the consensus upon which liberal rights rest.

Religious bodies should be able to hold their own doctrines; but association with such bodies must be voluntary; and there must remain separation between church and state.


nb: If you enjoyed this article pls join our Facebook group - to link up with other readers, and to receive regular updates on new material.