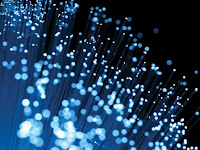 Rudd Labor has announced - on April 7th -  a plan to finance and construct a massive ‘fibre-to-the-home’ broadband network – supplying service to 90% of Australian homes.  This comprises a remarkable sea change in public policy.

According the Septhen Conroy, the project will: “directly support up to 25,000 local jobs every year, on average, over [its] 8 year life”  http://www.minister.dbcde.gov.au/media/media_releases/2009/022

As reported on the SBS news website, the new company, formed by the government,

“will spend more than $43 billion delivering high speed broadband to 90 per cent of homes and businesses.”   http://www.sbs.com.au/news/article/1014650/Mixed-reaction-to-broadband-announcement

Meanwhile, the remaining households would be provided with Wireless and Satellite technology.

Presumably the plan is for rollout to begin soon – perhaps even mid-2009 for Tasmania – but to take many years for completion.

Here, time is of the essence.  could well become a world leader in new communications, information, and entertainment industries.  Close scrutiny needs to be applied, therefore, in ensuring the swift deployment of the promised infrastructure.  If the deployment can by 'fast-tracked' it would be preferable.

Currently, the government plans to take a holding of at least 51 per cent in the company, including the issuing of bonds to the public ‘Infrastructure Bonds’.  http://www.news.com.au/heraldsun/story/0,21985,25301678-661,00.html

The ‘slack’ is supposed to be ‘taken up’ by the private sector – but with financial crisis – and shortage of liquidity, that may not be viable for some time.

For many years, now, Australian governments have eschewed the kind of nation-building infrastructure investments which are so vital to our country’s  future.

Now, however, Kevin Rudd has placed this announcement in the same league as the iconic ‘ hydro scheme’.

Again, the author emphasises: The investments we make now might provide for Australian information, communications and entertainment for decades into the future.   So it is essential for the government to ‘get it right’.

At the ‘Left Focus’ blog, this writer had argued in February for a public ‘fibre to the home’ network.   Importantly, such a substantial investment stands to deliver productivity gains, and drive real improvements to material living standards.  http://leftfocus.blogspot.com/2009/02/national-broadband-network-make-it_06.html

New technology in this sector looks set to deliver a revolution in communications, information and entertainment.

As the author wrote in February, new technology could involve;

“the fusing of digital television with internet services and content.”

While the new paradigm could be “interactive, participatory, open, and consumer driven.” , “consumers [might] be able to shift seamlessly from ‘pay for content’ services, to free-to-air content.”

Such content could be “sponsored through pinpoint advertising - adapted to consumer profiles, or where such information is unavailable, adapted to suit the content.”

Another possible use for the new technology would be “video-telephony/video-conferencing.”    As John Quiggin has written at his blog:

“It can be done, just, with existing technology, but the possibilities would be radically transformed by the advent of near-universal fast broadband.”.   http://johnquiggin.com/

This could have important ramifications for education and health care - with real time medical consultation or lectures over the internet.   (across the country - or even internationally)

According to Kerry Barwise, the  "greatest benefit...will be to promote a move to more knowledge-driven and creative industries, helping to transform Australia's economy.

Why not keep it public?

Many years past such investments would be considered a matter of ‘nation-building’, delivered as natural public monopoly.  Today, however, Rudd Labor felt obliged to qualify its announcement by suggesting the new company would be privatised at some later date.

There are many reasons why the government needs to reconsider.

Firstly, given the centrality of new information and communications technology to everyday life, there is the spectre of ‘information rich’ and ‘information poor’ households’.

A company or authority – remaining in public ownership – could cross-subsidise provision of service for struggling households – including those on low incomes and welfare.

However - even a part-private company would be divided in its loyalty to the public, and to shareholders.  Assuming eventual full private ownership, there would be no-scope for cross subsidies.  Furthermore – profit margins would see more expensive service than if a public authority had run the network on a not-for–profit basis.

A ‘Communications Levy’ on business, the wealthy and high income earners (say 1%-2%)  meanwhile, could cover the gains made by business as a consequence of emerging new markets, and technology-driven productivity.   This could provide for the cost  of debt servicing into the future.

Furthermore, should the new body – under private ownership - hold a 90% stake in the national broadband market – surely it would be easier – and wiser – to avoid the potential abuse this could involve.  By this I again clearly infer a case for full public ownership.

And surely the Wireless network should be provided publicly too.  Again – an effective private monopoly here could result in the fleecing of rural customers who have no other choice.

Indeed: many customers will want ‘the best of both worlds’ – and could benefit from ‘package deals’ that enable a natural public monopoly to take advantage of its economies of scale.

Finally – a fully-public authority would be more compatible with ‘national security concerns’.

Infrastructure as sensitive as a state-of-the –art communications network needs to be run by an authority committed to the privacy of Australian citizens.   And there needs to be information security for Australian intelligence and defence interests.

In condemning the kind of ‘extreme capitalism’ that saw the collapse of finance markets worldwide, Kevin Rudd suggested a fundamental shift in outlook – away from the neo-liberal paradigm.

Now, though, we are again being told to accept a privatisation agenda that few ordinary people really want – and which doesn’t really even make sense.

A public National Broadband Authority – or government-owned company with a public service charter – could provide for the real needs of Australian consumers and business.

John Quiggin has suggested the following scenario: presuming a  “10 per cent return to cover capital costs and depreciation”   the new company would need “ revenue of around $4 billion a year, on top of operating costs, say $1 billion a year.”

“ That would require 5 million households and small businesses to pay $1000 a year (about $80/month) each.”

While Quiggin is unsure whether or not these conditions will be met, the author of this paper believes the possibilities will be broad.

Again: there is the possibility of “fusing of digital television with internet services and content”: A paradigm which is:  “interactive, participatory, open, and consumer driven.”

The Greens and other Senators on the cross-benches could have leverage here – so focus upon these people is key.